Late on the night of April 14, 2014, armed men burst into a boarding school in the Nigerian town of Chibok, where Joy Bishara and Lydia Pogu were among hundreds of teenage girls in their beds, fast asleep. Shooting guns into the air, the men began herding the frightened girls into a group, shouting “Allahu akbar!” (“God is great” in Arabic), the telltale rallying cry of Nigeria’s ruthless terrorist group, Boko Haram.

“We were all crying and screaming,” Joy tells PEOPLE. “They told us to keep quiet or else they’re going to kill us.”

Boko Haram kidnapped nearly 300 girls that night, spiriting them away into the dense, African bush. Weeks later, the group released a video showing its leader in fatigues, threatening to sell the remaining girls as slaves — yet another atrocity in the rebels’ ongoing reign of terror. Boko Haram has massacred thousands, and displaced millions, in recent years, in a bid to create an Islamic state and wipe out Western influence from schools.

Watch Lydia Pogu and Joy Bishara on the series People Features: Boko Haram: Our Journey To Freedom, available now, on the new People/Entertainment Weekly Network (PEN). Go to people.com/PEN, or download the PEN app on your favorite device.

With the kidnapping of the girls, the world took notice. The hashtag “Bring Back Our Girls” went viral, with politicians and celebrities such as Michelle Obama and Angelina Jolie calling for the girls’ safe return. Joy and Lydia were among the few dozen girls who managed to escape on the night of the abduction, risking their lives by leaping from moving trucks. In recent months, more than 100 girls have been released as a result of government negotiations with Boko Haram, but more than 100 girls are still missing.

Joy, 20, and Lydia, 19, are now carving out a new life in America. With help from a human rights group in Virginia, the Jubilee Campaign, they arrived in the U.S. in August 2014, attending boarding school for two years in Virginia before transferring last summer to the Canyonville Christian Academy, a boarding school nestled in the scenic mountains of Oregon, drawing students from around the world.

This month, the girls graduated, and this fall, they will attend college at Southeastern University in Lakeland, Florida. After growing up in modest homes in Chibok, with no running water and no computers, both say their lives today — and the education and opportunities that lie ahead — seem like “a dream.”

For more on Lydia Pogu and Joy Bishara and their heroic escape, pick up a copy of this week’s PEOPLE, on newsstands Friday.

Their transition to life in America has been exciting and also challenging, as they both miss their families back home. The girls arrived knowing just a little English, but learned it fast.

“These young ladies are amazingly focused, stubbornly focused,” Doug Wead, president of the Canyonville Christian Academy, tells PEOPLE. “They’re determined to outwit their captors by turning their grisly nightmare into something hugely triumphant.”

Joy, whose father forbid her to have a cellphone while growing up in Chibok, was shocked to see American kids with their own phones, tablets and gadgets. Lydia, who grew up wearing wrap skirts and traditional dresses, was surprised by all the women in pants.

“When I first came here, I said I would never wear pants,” she laughs, admitting she loves her skinny jeans—if not American food. She prefers spicy Nigerian noodles to pizza or potato chips.

Today, Joy and Lydia are putting their painful past behind them, and looking ahead to college. (They have a GoFundMe page to help with expenses.) Lydia hopes to become a lawyer, and is interested in helping people who have no voice. Joy wants to be doctor. “What I want to do is save lives,” she says.

As she and Lydia know all too well, there are still many lives left to save. 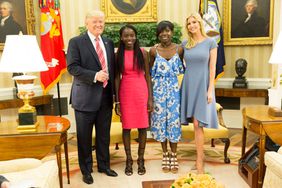 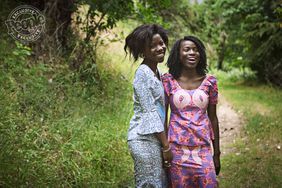 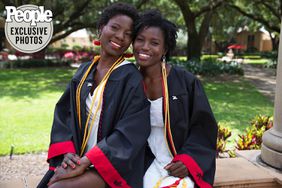 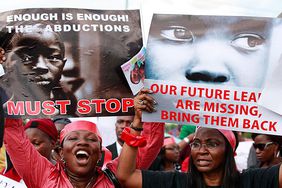 Kidnapped Nigerian Girls: 'I Will Sell Them,' Says Militant Leader