Remembering the 20 Lives Lost in the NY Limo Crash — the Deadliest U.S. Road Accident in 14 Years

"It's been a tough year," says Justin Cushing, who lost his brother, best friend, and cousin in the deadly crash in 2018

It’s been one year since a group of friends died in a horrific limousine crash during a 30th birthday party in the rural town of Schoharie in upstate New York. Now, the families of those killed are still struggling to pick up the pieces in the wake of the nation’s deadliest road transportation incident in 14 years.

“It’s been a tough year. When you’re grieving, you look for opportunities to get your mind off of what you lost and do some things you enjoy,” Justin Cushing tells PEOPLE. “But a lot of those things just remind you of those you lost. You remember how much better they were with those people. It definitely has been difficult.”

Justin’s brother, Patrick Cushing, his best friend, Adam Jackson, and cousin Erin McGowan were among the 17 passengers inside the limo who were killed in the crash on Oct. 6 last year. Driver Scott Lisinicchia also died.

The group was celebrating Amy Steenburg’s 30th birthday when the party limo they were in failed to stop at a T-intersection. The limo flew into a nearby parking lot and crashed into an unoccupied SUV, killing everyone inside the limo.

Children of ‘Amazing’ Parents Killed in Limo Crash Are the ‘Cutest,’ But the Loss Is ‘Tough’

The accident also claimed the lives of two pedestrians, who were struck by a parked SUV after it was slammed into by the limo.

4 Sisters, an Iraq War Veteran and Newlyweds: All the Victims of the Horrific Limo Crash

“It’s a bit overwhelming at times. We have a large community now of people who have lost someone close to them,” Justin continues. “Though I’m going through it, I don’t even know exactly what to say to some of the other parents, brothers, sisters, cousins, friends, that have lost people. You know how emotional it can be.”

Amy and Axel reportedly rented the limo for Amy’s 30th birthday. They had just tied the knot on June 30 in Saratoga, New York, according to their The Knot page.

Before the limo crash, the deadliest road accident in the country was in 2005. Twenty-three people died during Hurricane Rita when a bus carrying nursing home residents exploded on a packed highway in Texas, USA Today reported.

The National Transportation Safety Board said a final report identifying the probable cause of the limo crash is still to come. However, a recent report from the NTSB states that the passengers may have had a greater chance at survival had their vehicle’s seatbelts been more easily accessible.

The report, released Wednesday, found that the modified 2001 Ford Excursion received severe damage to its front end, but rear portions, where many of the passengers were seated, stayed relatively intact, with enough “space for the occupants to survive.”

“Evidence from first responders and post-crash examinations of victims indicated that none of the passengers were wearing the passenger lap or lap/shoulder belts at the time of the crash,” the report read.

Mom of Woman Killed in Horrific Limo Crash Alongside Boyfriend Speaks Out: ‘There’s Nothing Worse’

On Thursday, Kevin spoke alongside New York Sen. Chuck Schumer and other politicians as they introduced the Safety, Accountability and Federal Enforcement of Limos Act of 2019, the Take Unsafe Limos Off the Road Act, and the End the Limo Loophole Act to prevent similar tragedies, according to The Leader-Herald.

Nauman Hussain, the operator of Prestige Limo, which rented out the limo that crashed, was indicted in April on 20 felony counts of second-degree manslaughter and 20 felony counts of criminally negligent homicide. Hussain has pleaded not guilty, and his trial is scheduled for next year, according to the Associated Press.

After the tragedy, the families spoke out about their loved ones, remembering the group in emotional interviews. Amanda’s sister, Karina Halse, told PEOPLE at the time that the family was “devastated” over the loss.

“I feel a sense of strength when I talk about my sister so I believe she is helping me through this but overall I feel empty, devastated, and just sad,” Karina said.

Justin says his sister and parents have had a “difficult” year following Patrick’s death. His current grief echoes that of his devastation a year ago.

“I lost my two best friends in this, in my brother and Adam. I lost my cousin in Erin [McGowan],” he told PEOPLE at the time. “This was all so hard to write and I’m shaking knowing I’m missing something important to his life.”

On Saturday, a memorial for the victims was unveiled, according to the AP. Family members and first responders had a private viewing at the memorial of 20 stones in a semicircle with each stone featuring a plaque bearing the name of the person killed. 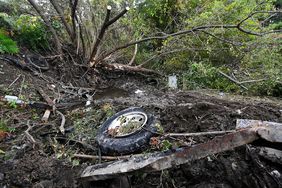 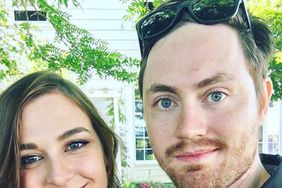 Mom of Woman Killed in Horrific Limo Crash Alongside Boyfriend Speaks Out: 'There's Nothing Worse' 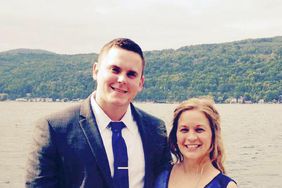 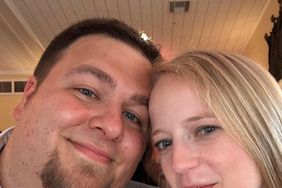 Children of 'Amazing' Parents Killed in Limo Crash Are the 'Cutest,' But the Loss Is 'Tough' 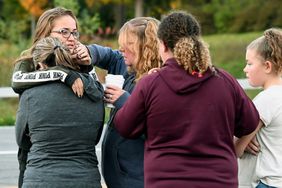 Aunt of Limo Crash Victims: They Thought They Did the 'Responsible Thing' by Hiring Driver 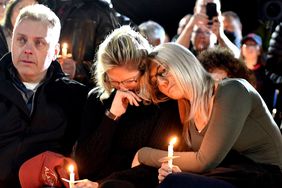 Thousands Gather at Vigil to Mourn Limousine Crash Victims: The Pain Is 'Unbearable and Unending' 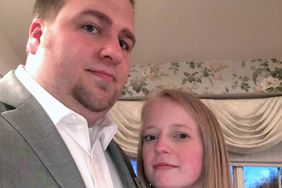 Couple Killed in Limo Crash Were 'Amazing Parents:' They Were Devoted to Their Kids' 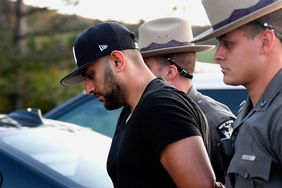 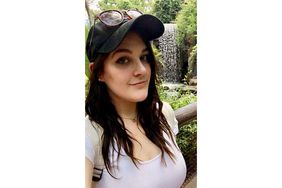 Woman Breaks Down in Tears Mourning Sister Killed in Limo Crash: She Lived 'Life to the Fullest'

Parents of 4 Sisters Killed in Limo Crash: It Will Take Months Before the Tragedy 'Really Hits Us'