Holiday travelers at the bustling Nashville International Airport came to a complete stop earlier this month to honor children of fallen soldiers with the national anthem as they boarded a flight bound for Disney World on a charity trip.

The moment was captured in a moving video shared on Facebook by author and speaker Jen Tringale, who says she walked out onto the concourse and saw children, parents and military service members observing the anthem, which was being performed live.

“I’ll never forget it myself, witnessing an unannounced standstill like that by the general public, out of honor,” Tringale tells PEOPLE.

“It was a beautiful moment to happen upon and witness for such a worthy cause, both to the well-being of those children and families, to the morale of patriotism, and to the over all goodness that still exists in people — especially at Christmas.”

The children, who all had lost a parent in military combat, were headed off to an all-expense paid trip to Disney World as part of the Gary Sinise Foundation’s Snowball Express program, according to Today. As part of the program, more than 1,700 Gold Star children were taken to the popular Florida theme park on American Airlines flights.

RELATED: Mission to Place Wreaths on Military Headstones Across the U.S. Keeps Growing: ‘We Could Use the Volunteers’

In the video, a person is heard singing the anthem as soldiers stood in salute. Children and parents were shown with their hands over their hearts as red, white and blue balloons were strung from the ceiling.

“Most every person standing around, myself included was bawling at the sight of these kids and spouses who have paid so great a price for our country,” Tringale wrote alongside the video.

“To see all of this at Christmas time was so humbling. Seeing the general public in an airport stand still to honor these kids was simply beautiful.”

Sinise shared an Instagram photo of the smiling children before takeoff.

The photo’s caption read: “Over 1000 Gold Star Children travel with surviving parent or guardian, 1,722 in all, via @americanair to Disney World today as part of our @garysinisefoundation Snowball Express program. This charter left Los Angeles this morning and I got to take this photo with them before they left. I’ll join up in a few days. Have fun kids! We love you!” 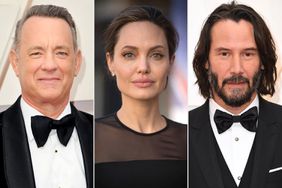 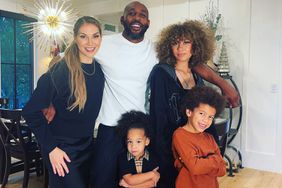 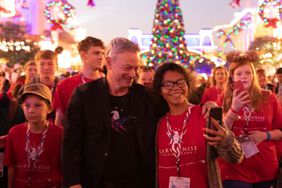