Officials are seeking a fine "exceeding $250,000" and is looking to permanently revoke the ride's operating permit in Florida following an agency investigation into the incident

Florida officials are looking to issue a hefty penalty to the operator of an Orlando amusement park ride after a teen fell to his death in March.

The Florida Department of Agriculture and Consumer Services (FDCAS) is accusing Orlando Eagle Drop Slingshot, LLC of committing "multiple violations of Florida law" while operating the Orlando FreeFall ride at ICON Park in Orlando in March, according to an administrative complaint released Tuesday.

Tyre Sampson, 14, died after he fell from the FreeFall ride on March 24. An autopsy released in June reportedly revealed that Sampson suffered extensive injuries, including a fractured jaw, a broken arm, a broken leg and fractures of a number of ribs in the accident.

The FDACS is seeking a fine "exceeding $250,000" and is looking to permanently revoke the ride's operating permit in Florida, Commissioner Nikki Fried said at a Tuesday press conference. The fine, she added, is "one of the largest administrative fines the department has ever sought."

According to the administrative complaint, the "proximity sensors" for Sampson's seat and the seat next to him "had been manually adjusted." The investigation revealed that ride attendants were "specifically instructed" to have "larger guests" sit in these seats.

A previous accident report, released in March, said Sampson's "harness was still in a down and locked position when the ride stopped."

"Because his seat harness proximity sensor had been improperly adjusted, the ride was allowed to commence even though the ride was unsafe and led directly to his fall," Fried alleged at Tuesday's press conference.

The weight limit for riding the Orlando FreeFall is 286 lbs., the administrative complaint revealed. As an attorney for Sampson's family previously told PEOPLE, Sampson weighed 97 lbs. more than the maximum requirements for this ride.

The victim also "exceeded the contours of the seat," and his harness bracket "did not fit properly," which are also requirements to go on the ride, the agency claimed.

Lack of training among employees was also alleged in the administrative complaint. The attendant, who was alone "in the ring" of the FreeFall ride at the time of Sampson's accident, was "an unsupervised trainee" who had been on the job for three days, the complaint states.

New employees underwent three days of "verbal instruction" for both the Orlando FreeFall and another ride on-site. However, the FDACS said there was "no documented training program" on file, and that employees had not received the ride's training manual.

"This week, Tyre's family will experience their first holiday season without him," the attorneys noted. "His family will always have an empty seat at the table – that anguish deserves accountability in the highest sense from the entities responsible for this tragedy."

State senator Geraldine Thompson, of Orlando, said "the very first bill" she will file as a member of the Florida Senate will be the Tyre Sampson Law.

The bill would require increased signage about ride requirements (including any warnings or exclusions), setting minimum training standards, improving reporting requirements, and third-party review and certification by a Nationally Recognized Testing Laboratory, according to a July report from NBC affiliate WFLA-TV. 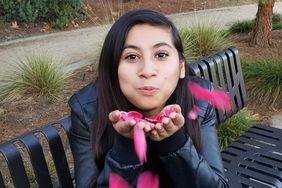 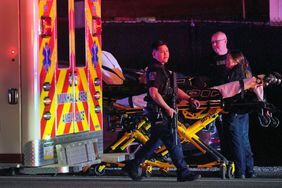 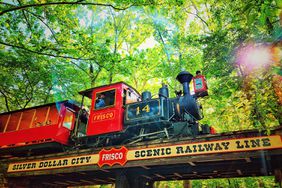