Take a look back at all the remarkable rainbow babies — a child born after a miscarriage, stillbirth, neonatal death or infant loss — that PEOPLE has covered

After suffering six miscarriages, Jessica Mahoney wanted to capture her second successful pregnancy with a maternity shoot that would not only pay tribute to her child-to-be, but also to those she had lost.

Birth photographer JoAnn Marrero was commissioned by Mahoney's husband to photograph his expectant wife and "make it really, really special."

Lesleigh Cetinguc experienced two miscarriages before having her second child. To commemorate the journey to the arrival of her son, Tolga, in December 2017, the new mom used the materials from her in vitro fertilization journey to create a stunning photo.

Lesleigh told PEOPLE she'll never forget the moment she held her rainbow baby for the first time. She said, "I pulled Lennon close, soaking in the moment knowing it was his first moments in this world and likely my last time to experience firsthand the miracle of birth."

Over the course of 15 years, Jennie Hill dealt with devastating fertility struggles, suffering five miscarriages, discovering a genetic disorder and even going through a divorce.

Hill told PEOPLE, "When I found out I truly was pregnant and the [in vitro fertilization] really worked, I remember just balling my eyes out, thinking, 'This really worked?' "

Of sharing her and Harper's story, Hill told PEOPLE, "If I can give one person hope because they think, 'I just went through this loss and I'll never be a mom.' I want them to know, don't give up on that dream if that's in your heart because it can happen. One way or another it can happen."

After suffering a miscarriage in August 2016, Samantha Gadd was overjoyed when she learned she was pregnant just months later in October.

When Gadd became pregnant, again, with a girl in April 2017, she said she was nervous but excited. She decided to honor her daughter who passed away by posing in a maternity shoot with rainbow glitter when she was five months along.

On Johnathan's due date in December 2016, the couple found out they were expecting their daughter: Henley Grace, who was born in New Jersey on Aug. 22, 2017.

"I'm not usually superstitious, but I definitely think Henley was a gift from her big brother," Otis told PEOPLE.

After the heartbreak of losing twin newborns, Beth Gaudino conceived a child through surrogacy via her sister, Anna Howat, who previously experienced miscarriages herself.

The sisters participated in a "rainbow baby" photoshoot organized by birth and newborn photographer JoAnn Marrero.

"Doing complimentary, annual rainbow sessions is important to me as I lost a baby prior to having my son Michael. As a professional birth photographer, I see so much joy, yet at times, a lot of sadness," photographer Marrero told PEOPLE. "This year alone I have photographed over 200 babies. It's heartbreaking when you photograph a baby and then get the news that several hours later they passed away."

Lila McDermid had an ectopic pregnancy, in which the egg implants within a fallopian tube, in January 2016.

"Both excited and scared" to try to conceive again, McDermid became pregnant again in May 2016.

"I was nervous because I only had one fallopian tube and one ovary," she told PEOPLE. "I didn't know if it was going to take a long time or were we going to be able to get pregnant again." 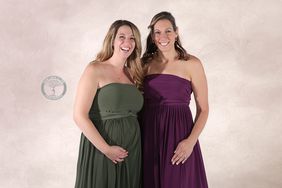 Woman Carries Her Sister's 'Rainbow Baby' After Three Miscarriages and Loss of Two Newborns: 'It Brought Us Closer' 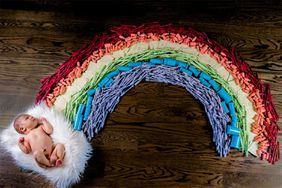 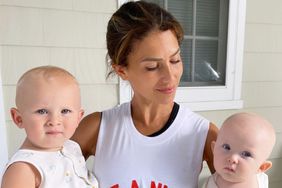 Hilaria Baldwin Reflects on Miscarriage, Says She's 'Such a Lucky Mama' to Have 2 'Rainbow Babies' 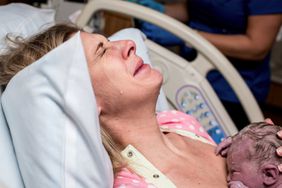 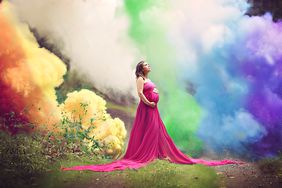 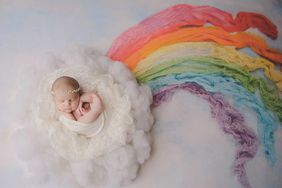 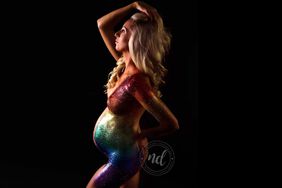