"She's back with us and that's amazing," her son Brett Hanlon tells PEOPLE

In April 2006, Kayannette Gabrielle — a mother of three from Colorado — went missing. On Feb. 28, her family got the news they had been hoping for during the past 11 years: She was alive.

Gabrielle had moved from Colorado to California after her kids graduated and spread out across the country. While in California, she hoped to pursue her passion for spiritual holistic work, but she vanished without a trace.

Her children — Brett, Colette and Jared Hanlon — originally thought she might be on a trip to Australia, but when weeks turned into months without a word, Brett filed a missing persons report with the Los Angeles County Sheriff’s Department.

“Her email account had no activity whatsoever — neither did her credit cards — nothing changed,” Hanlon, 46, tells PEOPLE. “We had no luck. We hired a private investigator and there was still nothing.”

“The possibility that she had died was certainly a thought that we all had. I didn’t expect her to come home because I figured if there was any possible way she could come back, she would have come for her mother’s funeral. But she had no idea that her mother was dead.”

On Feb. 28, Brett received a phone call from the Los Angeles County Sheriff’s Department and was told that his mom had been homeless and living in Santa Barbara for at least the past three years. Officers also told him that his mother had no memory of her past and was going by the name Mary Roberts.

She was discovered after falling off a pier in the city. She was taken to the hospital, treated for hypothermia and taken to a shelter. Then three weeks ago, while living in the shelter, she suddenly remembered her real name.

“I was just trying to extract her story,” Mureen Brown, the restorative court liaison for the city’s police department, tells PEOPLE. “I had come to find that something had happened and she lost her memory and was unable to recall where she was from.

“She said her name right out of the blue. We were able to run that driver’s license number and verify that it had expired in 2008 but it was her picture.”

Just one hour later, Brown put Gabrielle was on the phone with her family.

“I knew immediately that it was her. Her voice was unmistakable,” says Brett. “She was very excited and emotional. You could hear in her voice that she was really happy.”

Brown was concerned that Gabrielle would have no memory of her children, but as the family made their way to Santa Barbara on March 4, they took a selfie and sent it to Brown to show their mom.

“She started to cry and said, ‘Yes, yes, yes. Those are my kids,’ ” Brown says. “I said each name and then she remembered.”

Brett says he was in complete shock after he spoke to his mother over the phone.

“Everything is running through your mind of what happened and what you need to do next,” he says. “Then it came flooding in. It hit me, this is really happening. It was overwhelming.”

His sister Colette flew in from Colorado and his brother Jared arrived from Las Vegas. They all drove to Santa Barbara and met with the officials who tried to help Gabrielle over the years.

Along with Brown, they were introduced to Officer Keld Hove who is part of the city’s Restorative Policing Program and often checked in on Gabrielle to make sure she was safe, as well as Jill Wallerstedt, the director of homeless guest services at Rescue Mission, a place Gabrielle stayed at one point.

“It’s unbelievable how many people took care of her and helped her,” says Brett. “They’re still checking in to see how things are going.”

When they reunited with their mother, he says it was extremely emotional.

“She walked in, we all hugged and sat down. We laughed and cried and hugged,” he says. “We have no idea what happened and how she lost her memory. She hasn’t mentioned anything.”

Her children are now helping her get a California ID so she can get Social Security and Medicaid. While some of her memory has come back, he says she has trouble forming new memories and sticking to one thought for long.

“We want to get her the medical treatment she needs and find out what happened,” he says. “We don’t know what will happen or where she’ll live yet, but she’s back with us and that’s amazing.” 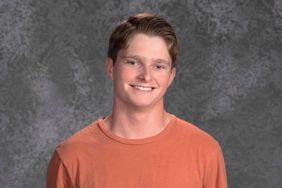 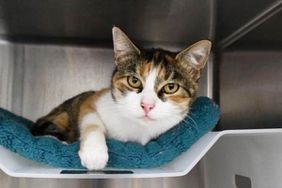 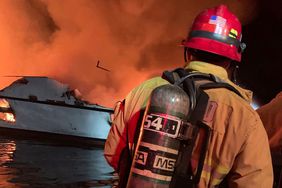 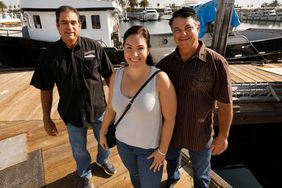 Alive, 34 Years After He Went Missing 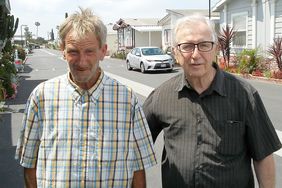 California Dad Discovers His Son Is Still Alive After Family Buries the Wrong Body: 'It's a Horror Show,' Says Sister 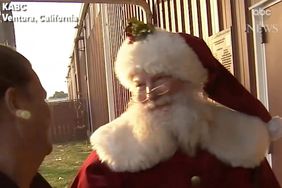 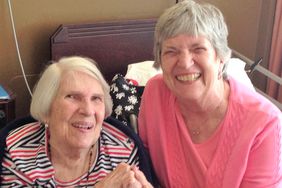