Mom Who Lost Two of Her Triplets Is Pregnant Again: It's 'Scary, but Also Beautiful'

After two of Stacey Skrysak's triplets died following their birth more than 17 weeks early, she was scared to have another child

A few months ago, when Stacey Skrysak discovered that she was pregnant again, the Illinois mom burst into tears. “I’m scared to have another baby,” she tells PEOPLE. “I’m freaked out. This next chapter is so scary, but also beautiful.”

In 2013, Skrysak, 38, lost two of her three triplets born more than 17 weeks premature — at a little over 22 weeks. The television news anchor continues to share openly about her heartbreaking loss, as she did with PEOPLE in 2015, in order to help others going through similar losses.

The surviving triplet, Peyton, now 5 ½, is thriving beyond anyone’s expectations, so Stacey and her husband, Ryan, gave up any thoughts of having another child. They also feared the possibility of what could go wrong.

The couple, which had struggled with infertility before using IVF to conceive the triplets, even gave up custody of the remaining frozen embryos they’d stored six months ago. “I never thought,” she said, “that I would be able to get through another pregnancy emotionally, mentally and physically.”

So in December, when two pink lines appeared on a pregnancy test, “it was the surprise of our lives,” Stacey says of the natural conception. “No one ever thought we’d have more children, this was the only way we’d have children if it was meant to be.”

Now in her second trimester at 15 ½ weeks and due in August, Skrysak says she “can find joy and excitement mixed in with the bittersweet feeling many pregnant women feel after loss.”

Skrysak made the pregnancy public Monday night during her on-air broadcast and to her thousands of fans on Facebook.

“It’s such a bittersweet time,” Skyrsak says. “My husband and I having always been optimistic people, but losing a child changes that. This pregnancy, I don’t think either of us will be fully optimistic until we have a healthy baby in our arms.”

And there’s another issue Skrysak is dealing with — “As I turn 39 years old later this week, I can definitely say being pregnant at close to 40 is SO much more tiring than in my early 30’s!” she wrote on her blog.

In January, Skrysak had an ultrasound at six weeks. As the tech started typing out “baby” Skrysak began to cry.

“I was brought right back to 6 years ago, when the ultrasound tech typed out Baby “a”, baby “b” and baby “c,” Skrysak tells PEOPLE. “The emotions and memories are overwhelming. There is that fear of keeping this baby safe when my body felt as if it failed me last time.”

As the pregnancy moves along, Skrysak is closely monitored by the same team of doctors who saved her life following the birth of the triplets, and who enabled Peyton to become the youngest baby to survive in their area. That gives her comfort, as well as the pregnancy advancing with no complications. Says Skrysak: “The baby looks great and that gives me my peace of mind. We’re excited.” 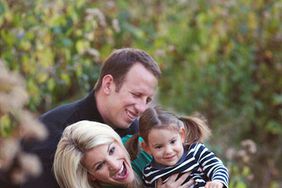 Illinois Mom Who Lost Two of Her Triplets Born 17 Weeks Premature Shares Heartbreak to Help Others: 'It's a Taboo Subject'