Ca'Shawn 'Cookie' Sims — a fitness trainer with more than 215,000 followers on Instagram — was found safe at a local hospital

Ca'Shawn "Cookie" Sims — the missing social media influencer whose family was pleading for answers amid her disappearance — has been found, the Los Angeles County Sheriff's Department (LASD) confirmed to PEOPLE.

Ca'Shawn, a 30-year-old fitness trainer with more than 215,000 followers on Instagram, was found at a local hospital on Thursday and later reunited with her family, NBC News reports.

"There is no suspicion of foul play," the sheriff's office said, per the outlet. "The family is asking for privacy."

Ca'Shawn's sister, Chris'tol Sims, shared the news on Instagram alongside a photo of her.

According to Ca'rynn, her sister went missing after she visited a hospital in Pasadena, California, on Sept. 11 and 12 — but was released from care on "both nights." She was last seen on Sept. 8, according to her family at the time.

"She went to a hospital on both days with complaints of shortness of breath and was released from hospital care both nights," she wrote on her Instagram alongside the LASD missing persons alert. "We're still looking for her!! Please do the same!"

Ca'rynn previously said in a plea for the public's help that Ca'Shawn lives in Duarte, but left "no indication to where she may have been headed after last leaving her home."

Ca'Shawn's mother told ABC7 on Wednesday that Ca'Shawn has struggled with mental health issues brought on by the pandemic.

At this time, there are no additional details regarding her disappearance. 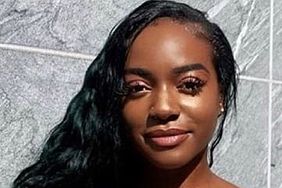 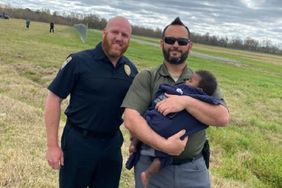