In the wake of police brutality protests across the United States, people have been opening their wallets in support of the Black Lives Matter movement — but some have inadvertently been sending their donations to a similarly titled, but entirely unaffiliated, organization.

"The 'Black Lives Matter Foundation' is indeed a completely separate organization with no affiliation with Black Lives Matter Global Network Foundation," Kailee Scales, managing director, Black Lives Matter Global Network, told PEOPLE in a statement. "They have been using our name improperly and are under in order from the Charitable Trust department of the California Attorney General’s office to cease and desist from fundraising. We intend to follow up to ensure that donor and members of the public who intend to support our organization are not misled."

The Santa Clarita, California-based foundation was launched in 2015 by Robert Ray Barnes, who told PEOPLE in a statement that his goal is to “help heal the brutality and hostility that some policemen harbor towards members of the community and somehow bring an end to the attacks being perpetrated against the police by some rogue members of the community.”

Barnes said the inspiration behind the registered nonprofit was the death of his wife’s former husband Earl B. Rhodes, Jr., who was shot and killed by Los Angeles Police Department officers in 2011.

He acknowledged to BuzzFeed that his foundation is entirely unaffiliated with the Black Lives Matter movement, which began as a hashtag in 2013 following the acquittal of Trayvon Martin’s killer, and advocates for the national defunding of police, according to its website.

“It appears there is a lot of scamming going on, but how can it have to do with me?” Barnes, a 67-year-old black music producer, told BuzzFeed. “I had plenty of motivation to create the Black Lives Matter Foundation and the people who were doing Black Lives Matter weren’t interested in a foundation. They never created it. Now all of [a] sudden they’re interested in it.”

He also disputed the movement’s claim that he is using the name “improperly” in a follow-up interview with the Santa Clarita Valley Signal.

Though Barnes makes clear his separation from the movement, that clarity wasn’t evident for many companies who raised funds for the foundation believing it was the movement.

An estimated $4.35 million was raised for the foundation in the first weeks of June, though much of that was frozen before it could be disbursed, BuzzFeed reported.

More than $4 million of that was raised between May 31 and June 5 by companies including Apple, Google, Microsoft and Dropbox through the fundraising platform Benevity, which allows employers to track and match employee donations to charity, a spokesperson for the company told PEOPLE. The Black Lives Matter Foundation profile was deactivated from Benevity on June 5, and the money raised for it has not yet been distributed as the company works with client companies to redirect the funds to other social justice causes, the spokesperson said.

Google confirmed to PEOPLE that it learned last week that the foundation was not affiliated with the movement, and subsequently updated its employee-led internal giving campaign to redirect all donated money to the Black Lives Matter Global Network Foundation.

Spokespersons for Apple and Microsoft did not immediately respond to PEOPLE's requests for comment, while a spokesperson for Dropbox declined to comment.

More than $350,000 was raised for the foundation through GoFundMe, which uses PayPal Giving Fund’s database, a spokesperson told PEOPLE. All of those funds are on hold, and the company is working with PayPal to ensure that all money raised is transferred to the Black Lives Matter movement. A spokesperson for PayPal told PEOPLE the company was "diligently" working with donors, partners, campaign organizers and charities involved to grant the funds as quickly as possible.

Barnes would not disclose how much money his foundation has raised to date, but said he has not yet launched any programs in his charity’s five years of existence because it has taken him time to “outline a real plan of action.”

“We don’t want to be enemies of the police. We will let the movement do that. We want to get to the point where we have programs and that’s where the change will happen. That’s where we come in,” he told BuzzFeed.

The foundation’s most recent tax filing available is from 2017, and reportedly listed $279,000 in donations and $89,000 in expenses. Though there was just one indication of charitable giving — a $5,150 cash grant to a “Family Renewal Develop Center” — Barnes said he has donated to churches, a veterans' foundation, and scholarship funds.

Barnes argued that the BuzzFeed article paints him as a police “apologist” in an interview with the Signal.

“My timeline [for creating the programs] has always been based on what our funding would be, because you can see these are programs that you have to have enough money to start on and to continue it, or then it dies,” he said when asked why he had yet to execute many of his ideas. 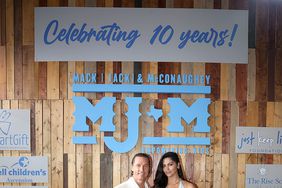 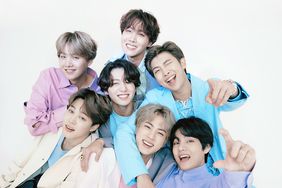 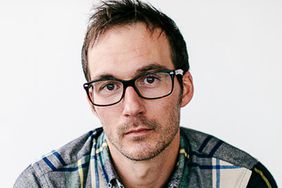 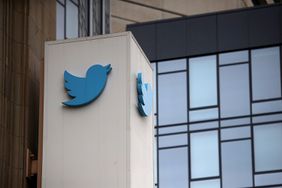 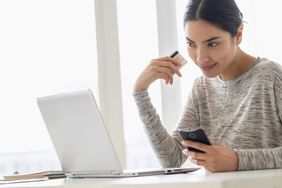 5 Charities to Consider Donating to for #GivingTuesday 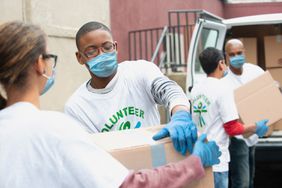