12-Year-Old Middle Schooler Has Helped Feed 9,000 Homeless People: 'I Want to Help Them All'

Oregon middle schooler Symond Boschetto has plenty to be thankful for this holiday season — and so do the estimated 9,000 homeless people he’s helped with his very own nonprofit.

Symond, 12, was just 8 years old when he launched Share Hope USA, which has gone on to host feeding events, clothing drives and plenty more for the local Los Angeles homeless population.

“I started this because I knew there were people that I needed to help, and I wanted to see what I could do to help them,” Symond, a seventh-grader at Rosemont Ridge Middle School in West Linn, tells PEOPLE.

The origin story for this real-life superhero began when Symond passed by a homeless man on the freeway who was holding a sign that read, “Need money to eat, please help.”

Share Hope USA was up and running almost immediately after the conversation ended, with Symond and dad Russell Boschetto growing their reach through social media.

“He’s always been very giving, and I just had to comprehend what that meant,” Russell tells PEOPLE of his son’s initial request. “And what it literally meant was, literally all of them, that’s exactly what he wanted to do.”

To get the ball rolling, Boschetto, 42, says they researched the efforts of similar nonprofits, and attended various events in the area to learn what they liked and didn’t like.

St. Louis Mom of 6 Has Been Feeding Hundreds of Hungry Neighborhood Kids Each Day for 5 Years

Soon, they’d developed Share Hope’s core events, like collections and drives for homeless people and organizations, arranging for someone to cut people’s hair and groom their dogs, clothing drives, and feeding events.

“We bring [food] out to wherever the homeless are, under the overpasses, behind the freeways,” Boschetto says. “We bring them hot meals.”

The good will extends outside of the streets and into hospitals, too, like for the organization’s annual Play-Doh Drive each May, which is accomplished with the help of 34 different Los Angeles-based schools.

“Play-Doh is the only thing that the hospital can’t disinfect. So when the patient touches it, they keep it forever, and keep it as a memory,” Symond explains.

Symond himself delivers the goods to Children’s Hospital Los Angeles, where a spokesperson confirms that he’s been donating since 2016, and last year brought in three large pallet-sized bins filled with Play-Doh.

In repeatedly making efforts to help his community, Symond has built up a network of people who can thank him for making their lives better, like the pregnant woman Symond says was “really excited and happy” after Share Hope organized a drive to collect baby items for her.

Texas Couple Starts Food Truck for the Homeless: ‘It Makes You Feel Really Good to Give’

“She was actually the very first homeless person we actually encountered,” Russell says. “We still to this day see them, and know them. … They’re not just homeless people on the street anymore. They have met and watched Symond grow up. They’ve been part of his growth and they’ve seen him flourish. It’s an amazing thing.”

The Boschetto family — which also includes Russell’s wife Yesenia and 18-year-old daughter Hillary, who are both involved in Share Hope — recently relocated to Portland, where they’ll be spending Thanksgiving with their family.

Yesenia serves on the organization’s executive board, while Hillary, who is currently in school to be a veterinarian, acts as pet outreach coordinator. The animal love is a family affair: Symond currently volunteers at the Oregon State Zoo, and hopes to one day be a zoologist.

For Symond, the move has been a positive opportunity to spread Share Hope even farther, and the organization is already set to host a Dec. 21 Christmas event in which they’ll feed nine homeless families with children at a local shelter.

“I really want to just be almost all over the world,” he says. “I want to be everywhere.” 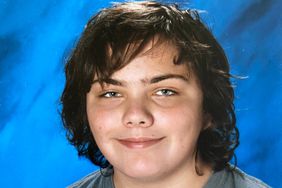 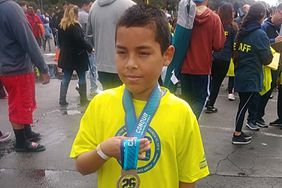 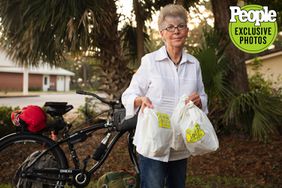 Homeless People Call This Fla. Great-Grandmother 'Mom' Because She's Given Supplies for 30 Years 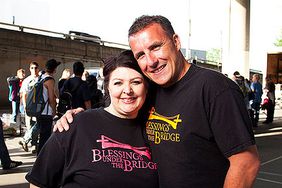 Heroes Among Us: Mike and Jessica Kovac Serve Meals to the Homeless – Under a Bridge! 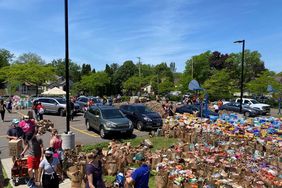