Memories from the Summer of Love: Meet the '60s Couple Who Helped 'Turn on the World' to LSD

Fifty years ago, in a psychedelic haze of tie-dye and patchouli oil, an estimated 100,000 hippies, flower children and countless other free spirits descended upon San Francisco’s Haight-Ashbury neighborhood during the Summer of Love.

And Michael Randall, along with his wife, Carol, was smack dab in the middle of it all, giving away LSD — which had become illegal in the state months earlier — to anyone who wanted it, convinced that the drug would usher in a “spiritual awakening” on the planet.

“I remember this one beautiful, magnificent day,” Michael, 74, tells PEOPLE. “Jefferson Airplane was doing a free concert in Golden Gate Park and we passed out 8,000 doses of Orange Sunshine. We got the whole place loaded. I’ll tell you what, nobody went home that night the same as when they woke up. It was downright revolutionary.”

In the annals of ’60s lore, Michael and Carol, along with a handful of Southern California surfers who called themselves the Brotherhood of Eternal Love, played a starring role.

Dubbed the Hippie Mafia, they distributed and later produced a potent, popular form of LSD known as Orange Sunshine — taken by everyone from the Beatles and Jimi Hendrix to Steve Jobs — in an effort to create a “psychedelic revolution.”

The trippy, mind-altering story of the Brotherhood is chronicled in the newly-released documentary Orange Sunshine, directed and produced by filmmaker William Kirkley, now available on iTunes.

“We were just a bunch of young people who found their way to psychedelics and decided to band together,” explains Michael. “We thought the whole world was going to wind up taking acid and this earth-shaking transformational change was upon us, that war would end and people would end up living closer to nature.”

In an effort to turn the world on to LSD, first synthesized by the Swiss chemist Albert Hofmann in 1938, they often gave the drug away for free, paying their bills by the cash earned from smuggling hashish into the country.

“We weren’t gangsters,” says Michael. “We didn’t carry guns, rob banks or hurt people. We were doing this for all the right reasons and we truly didn’t benefit economically. We were living in teepees and driving old pickup trucks.”

One of Orange Sunshine’s fans was Apple co-founder Steve Jobs, who described his sojourns with the drug to his biographer Waltar Isaacson as “a profound experience, one of the most important things in my life. LSD shows you that there’s another side to the coin, and you can’t remember it when it wears off, but you know it. It reinforced my sense of what was important — creating great things instead of making money.”

Randall reckons the group distributed upwards of 130 million doses of Orange Sunshine before federal drug agents finally busted the Brotherhood in 1972. Many of his cohorts ended up in prison, but Michael, Carol and their kids spent the next 12 years on the run before he was finally arrested in 1984 and sent to prison for five years.

FROM COINAGE: The King-Sized Cost of Staying at Elvis’ Place

These days, the Randalls get an I-told-you-so chuckle every time they hear about another scientific study involving psychedelics, such as LSD, which is now being researched for its potential to relieve everything from clinical depression and obsessive-compulsive disorder to anxiety in cancer patients and depression in hospice patients.

“The ’60s was a movement of people who saw how things could be done better,” says Carol. “It was a whole movement that changed things and the Brotherhood was a big part of it. We wanted to create a spiritual revolution and nothing less.” 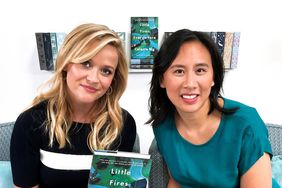