"When our participants get out on the water .... they don't have to think of any demons they may have,"says founder Ed Nicholson

While recovering from prostate cancer surgery at the Walter Reed National Military Center in 2005, Ed Nicholson’s thoughts kept returning to his first time fly-fishing on Idaho’s Snake River during a break in his military training for the Navy.

On that day in 1982, the skies were blue, the river was clear, and except for the whisper of the wind and the call of geese flying overhead, all was silent — the perfect day to put on a pair of waders, forget about the rest of the world and cast a fly rod.

At the hospital, as Nicholson observed distraught younger veterans being comforted by family members after losing limbs in Iraq, it occurred to him that perhaps they could also find peace and a sense of purpose while fishing on a river.

“I thought, ‘I’d really like to take some of them fly fishing,'” Nicholson, now 75 and living in Port Tobacco, Maryland, tells PEOPLE. “I didn’t have big plans — just an outing or two. But pretty soon, I saw the potential and realized it would be much bigger than that.”

Several months after his surgery, with help from volunteers and organizations like Trout Unlimited and the International Federation of Fly Fishers, Nicholson started Project Healing Waters, a nonprofit that arranges fly-fishing trips for wounded military service members.

Since 2005, the program has helped thousands of physically and emotionally injured or disabled veterans (nearly 7,500 in 2015 alone), with 211 chapters now operating at military hospitals and veterans’ centers in 49 states and several foreign countries.

As president of the nonprofit, Nicholson, a retired U.S. Navy captain, tries to ditch the boardroom for the outdoors whenever he can, to interact with veterans and watch the transformations that can take place on a shimmering river.

“When our participants get out on the water and find themselves in the middle of a beautiful and serene situation, they don’t have to think of any demons they may have,” he tells PEOPLE. “Because you have to concentrate on what you’re doing, everything about fly fishing — from tying flies to building a fly rod and learning to cast — is very healing.”

“I hear from friends and relatives all the time that they see a change in their loved ones after they’ve gone on a few fishing trips,” adds Nicholson. “A woman came up to me once and said, ‘See that animated man over there? That’s my husband. He used to be angry and isolated and difficult to be around. You gave me my husband back.’ There’s nothing more rewarding than hearing something like that.”

It doesn’t matter whether a veteran is suffering from post traumatic stress disorder, is blind or deaf or a triple amputee. Nicholson and Project Healing Waters volunteers will figure out a way to take him or her fishing.

“I had a dear friend named Bill who’s gone now and had lost both of his legs to a land mine,” says Nicholson. “When we got to the water, he asked, ‘How are we going to do this Ed? I’m in a wheelchair.’ Just like that, one of our strong guides waded out from the boat, put Bill on his back and waded back to the boat with him.”

“We don’t let disabilities get in the way of what we want to provide,” he says. “Regardless of the situation, we’ll get them on the water to catch fish.”

In the case of Joshua Gerasimof, a former Army machine gunner who was injured in Kosovo in 2000, a newly found love for fishing led him to volunteer to teach other veterans in Burlington, Vermont, where he now works as a mental health counselor.

“It’s a unique program that helps veterans find new healthy coping skills that can quiet the mind and assist in getting them outside and active,” Gerasimof, 37, tells PEOPLE. “Project Healing Waters changed my life by connecting me with my local community and introducing me to great people who I otherwise would never have met. Ed’s simple vision of just wanting to take a wounded veteran fishing has changed countless lives, including mine.”

The organization has saved a few lives as well.

“Project Healing Waters brought me back from a deep, dark place and gave me a much needed purpose,” Eivind Forseth, 43, of Clifton, Virginia, tells PEOPLE.

Wounded in 2005 during an explosion in Iraq while serving as an Army captain, Forseth had once enjoyed fly fishing with his father, growing up in Montana. But when he returned from Iraq with a paralyzed right hand and an elbow that wouldn’t bend, he fell into a depression and thought he’d never be able to participate in his favorite hobby again.

Then he was introduced to Project Healing Waters and was shown adaptive ways to cast a fly rod.

“I learned to be grateful that I survived my wounds,” Forseth tells PEOPLE, “and the supporters, volunteers and participants at Project Healing Waters became like family. Ed’s vision has supported thousands of wounded warriors and saved countless lives.”

With summer approaching, Ed Nicholson anticipates another busy season of patiently teaching the art of casting on rivers coast to coast.

“I’d love to get back to where I first started — on the Henry’s Fork of the Snake River,” he says. “A beautiful river on a beautiful day, building relationships with people who have served our country. For me, it doesn’t get much better than that.” 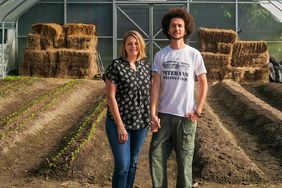 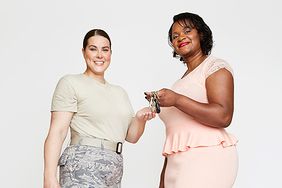 Heroes Among Us: Jaspen Boothe Finds Homes for Female Veterans 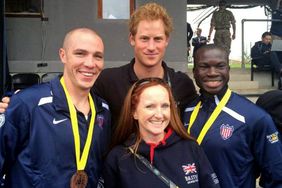 How Prince Harry's Invictus Games Help His Military 'Brothers and Sisters' Heal: 'We Are His Community' 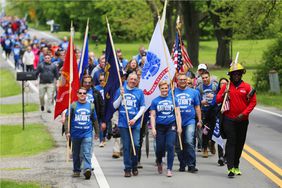