A night out with friends turned into a nightmare for a young Marine after his new wife suffered a severe head injury and died just five days later.

John Pinkham was carrying his new wife Robyn in his arms when he tripped on a pothole outside of the Coyote Bar and Grill in Carlsbad, California after a night of dancing on June 14, according to NBC affiliate KNSD in San Diego.

John, 23, is now suing SVF, LLC, the Santa Barbara-based company that owns and manages the Village Faire restaurant, accusing them of “inexcusable failure to maintain their parking lot in a safe condition” and causing the accident, according to court docs obtained by KNSD and provided to PEOPLE.

A spokesperson for SVF, LLC and Coyote Bar and Grill did not immediately respond to PEOPLE’s requests for comment.

Filed on Jan. 14, the lawsuit states that Robyn, 22, and John were leaving the restaurant with their friends in the early morning hours when the tragedy unfolded.

“Young, in love, and newlyweds, John Pinkham was carrying his wife Robyn Pinkham in his arms as they moved towards the group’s car,” the lawsuit says. “As John Pinkham walked through the poorly lit, un-even, and pothole-ridden parking lot while lovingly holding his wife, John stepped into a pothole causing him to lose his footing and fall forward.”

Judge Hatchett’s Son Seeks Justice After His Wife’s Tragic Childbirth Death: ‘No One Should Feel This Pain’

The fall caused Robyn to hit her head on the pavement so hard that she was knocked unconscious, while John also suffered various injuries, according to the legal document.

Robyn was immediately rushed to a nearby hospital but died from her injuries after “five days of intensive care and life-saving efforts,” the lawsuit explains.

At this time, it is unclear what injuries John sustained and whether alcohol played a role in the fatal accident.

A spokesperson for John’s law firm, Panish Shea & Boyle LLP, did not immediately respond to PEOPLE’s request for comment.

John and Robyn’s parents, Evan Stalzer and Wendy Witgen, are now seeking legal action against SVF, LLC for their “inexcusable failure to maintain their parking lot in a safe condition.”

Though the trio claimed in the lawsuit that the grounds were “covered in cracks and potholes in such a manner as to be a blatant disregard for the safety of its guests,” Village Faire employees who spoke to KNSD said SVF, LLC effectively maintains the space and annually fixes potholes.

A restaurant manager also told the San Diego outlet that the space in question is a street owned by the city of Carlsbad, which is partially used by North County Transit for commuter parking. 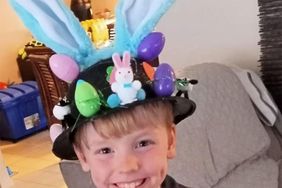