"Carlos is capable of doing more now than before. He's fighting for something," his nurse said after the hospital nuptials

A man who contracted COVID-19 the same week he was set to be married refused to let the virus get in his way of tying the knot with his soulmate.

Carlos Muniz was fighting for his life in the ICU and receiving ECMO treatment at San Antonio’s Methodist Hospital, but still managed to marry his fiancée, Grace, from his hospital bed on Tuesday, according to ABC affiliate KSAT.

With their immediate family by their side — an exception that the hospital made for the couple — Carlos, 41, and Grace became husband and wife as Methodist staffers watched on, inspired by their love story amid a difficult time.

"This wedding is really important for us as the care team of this patient," Carlos' nurse told the outlet. "We’ve seen some victories, but we’ve had our losses. It was very special for us to be a part of and has been a big motivator for this team."

Carlos was preparing for his wedding when he fell ill with the coronavirus. By July 15, he was admitted to the telemetry COVID-19 unit at Methodist Hospital, according to KSAT.

A representative from the hospital confirms to PEOPLE that prior to contracting the illness, Carlos did not have any underlying health issues.

Within days, Carlos' health drastically declined and the groom-to-be found himself in the ICU for emergency cannulation before he was put on an ECMO machine, which pumps and oxygenates blood outside the body so that the patient's heart and lungs can rest, according to UCSF Health.

While fighting for his life, his nurse learned that Carlos was supposed to get married that week, and offered him the chance to wed in the hospital.

Once the couple agreed, Carlos' nurse said she noticed a major change in his demeanor, claiming he seemed to have a renewed sense of motivation to recover.

When the big day finally arrived on Tuesday, Carlos was dressed in a tuxedo shirt while Grace showed up in a white gown and veil — the same dress she intended on wearing for their big day prior to his health crisis, KSAT reported.

Hospital staff, including Carlos' respiratory therapist, nurse, ECMO specialist and perfusionist, then helped escort the groom on his ECMO machine down the "aisle" to his bride, according to the outlet.

Their ceremony was officiated by Grace's father-in-law and streamed online so extended family members and friends could also attend the couple's nuptials.

Now, officially a husband to Grace, Carlos has shown signs of recovery and since tested negative for COVID-19, according to KSAT.

Though he's been in the hospital for a month and remains in the ICU on the ECMO machine, his nurse said he is refusing to give up and has an optimistic outlook on the situation.

"Carlos is capable of doing more now than before," the nurse told KSAT. "He's fighting for something."

As of Friday afternoon, there have been at least 5.2 million cases and 167,300 deaths attributed to the coronavirus in the United States, according to The New York Times. 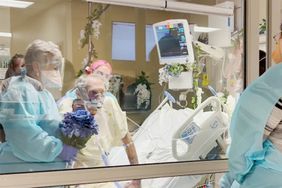 Couple Who Reconciled 5 Decades After Divorcing, Get Married in ICU 2 Days Before Groom Dies 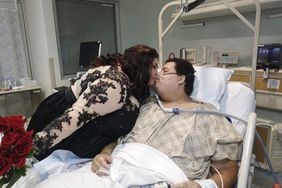 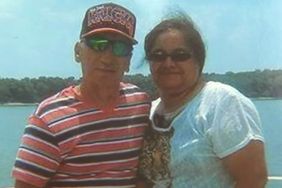 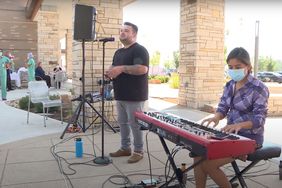 Doctor 'Worried' Her COVID Patient Won't Sing Again Is Serenaded by Him at Hospital: 'Surreal' 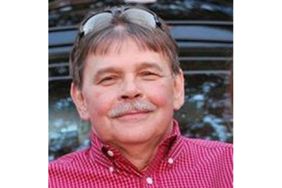 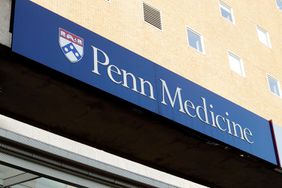 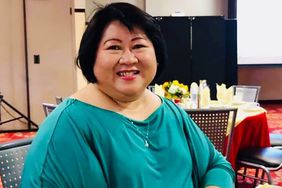 COVID-19 Unit Nurse Dies from Coronavirus Complications: She Was 'Risking Her Life for the Lives of Others' 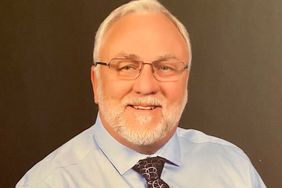