Teacher-turned-environmental champion Sharon Lavigne was recently awarded the prestigious Goldman Environmental Prize for stopping a $1.25 billion plastics plant from coming to her community

Louisiana grandmother Sharon Lavigne has a gentle way about her. The retired special education teacher delights in talking about her 12 grandchildren and the students she taught for 38 years, whom she considers her "children."

"I love them so much. Yes, indeed," the 69-year-old says softly from her home in St. James Parish on the banks of the Mississippi River, where she grew up picking snap beans on her family's farm and shrimping with her grandfather.

But in the spring of 2018, Lavigne learned that local officials had given two chemical companies approval to move into the already badly polluted, predominantly Black parish. As resigned residents told her "there's nothing you can do," she felt an internal seismic shift.

"Normally I'm quiet," Lavigne tells PEOPLE in this week's issue. "But with this, something inside of me changed and it came out like a roaring lion."

That October, armed with newfound determination, Lavigne began holding meetings with residents in her den and then her garage as more concerned people came on board. She founded RISE St. James, a faith-based environmental justice group to take on the two companies.

"All we're saying is we don't want any more polluting companies to come in here, especially in the 5th District," says Lavigne, who has autoimmune hepatitis and whose two brothers are battling cancer. "Is that too much to ask? Is that too much to save our lives? So many people are already sick."

For more on Sharon Lavigne's fight, pick up this week's issue of PEOPLE, on newsstands Friday, or subscribe now.

After quitting her job to focus full-time on what has become the fight of her life, Lavigne mobilized concerned members of the community to march, go door to door and write letters. She also teamed up with Tulane University's Environmental Law Clinic, the Louisiana Bucket Brigade and others to try to stop the companies from coming to the already vulnerable area.

St. James Parish lies along an 85-mile stretch of the Mississippi known as Cancer Alley, where the air quality is among the worst in the nation and cancer rates are 50 times the national average, according to the EPA.

"It's a nightmare," says Lavigne.

In 2018, Chinese chemical company Wanhua had proposed building a $1.25 billion facility to produce a chemical found in polyurethane foam, which could have generated a million pounds of hazardous waste each year. Now Taiwanese corporation Formosa wants to construct a $9.4 billion plant to make throwaway plastics.

The companies would join more than 200 petrochemical, gas and oil refineries that have taken over the region, leaving the air thick with soot from the red flames shooting out of smokestacks and smelling like rotten eggs as the waste burns off.

"You can see it and you can smell it," Lavigne says. "You can't go outside too long without getting rashes or headaches. Some people get nosebleeds and stomach aches.

"Don't just take our word for it," she adds. "Drive down here and come see for yourself."

Some argue that new industry benefits the economy. "But the jobs don't go to us," she says. "They go to outsiders."

Wanhua, for example, was looking to hire people who speak fluent Mandarin. "Nobody around here is fluent in Mandarin," Lavigne says.

Then came the recognition of Lavigne's advocacy. In June, she was awarded the Goldman Environmental Prize — known as the Green Nobel Prize — for her efforts.

The award only made her want to work harder to keep Formosa from coming to St. James Parish. If the company comes, she fears that "we're going to die," she says. "We don't have the resources to pack up and leave."

Formosa did not immediately respond to PEOPLE's request for comment.

If she were offered a buyout to leave the area, she says she would say no. "Because this is my home," she explains. "Why should I have to give it up to give it to you? How would they like it if somebody came and told them they want to buy their homes and throw them out? They wouldn't like it."

She credits her parents for passing on the lessons they learned about peaceful protests during the Civil Rights Movement. And on the hardest of days, she relies on her faith to carry her through.

To support the cause, visit the LA Bucket Brigade/Rise St. James donation page. 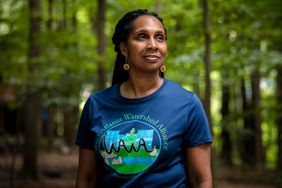 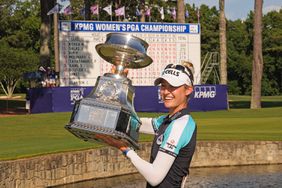