Tom Townsend's Pianos for People honors his son Alex, a musician and artist who died at 21

Growing up and attending a small school in Jacksonville, Florida, Townsend was not much of a standout at anything until he laid his hands on a keyboard. “I remember the day my parents brought it home,” he tells PEOPLE of the family’s Baldwin Baby Grand piano. He took lessons, but mostly he found the melodies himself, working up to performing in weekend bands that later played his junior and senior proms.

Music defined him and became his ally against the anxieties that threatened his adolescent self-esteem. “It gave me my place,” he says.

Years later, Townsend watched his first-born son Alex confront his own social struggles. “There were times in his life when he was insecure about what he could contribute,” he says. Alex’s interests – including World War II, about which he made an award-winning documentary film at 14 – showed empathy, but he stood apart in “a world that wanted to stamp out cookie-cutter kids,” says Townsend. In school especially, “he was a square peg trying to fit in a round hole.”

But like his dad, Alex found music. He studied piano from an early age, then gravitated to drums. “The drums gave him that identity,” says Townsend. With a parallel love of visual arts, Alex enrolled after high school at the Savannah College of Art and Design. He happily told his folks, “I found my people.”

In their grief, Townsend, 57, an advertising executive with his own agency, and wife Jeanne, 58, an attorney, felt they either could run from that which Alex embraced, or embrace their son’s passions themselves. Townsend urged the latter.

In Savannah they launched an annual music and arts festival in Alex’s memory – and in their St. Louis, Missouri, hometown, he began a piano giveaway in 2012 to inspire others with the gift of music that had inspired father and son alike.

Townsend never quit playing keyboards, and today performs on the side with several local combos. Before Alex’s death, a friend had asked Townsend to help her buy a piano. As they looked around he was struck by the large number of abandoned-looking instruments that filled a vast downtown warehouse. “It became really obvious,” he recalls thinking, “no one is coming in here shopping.”

“All of these pianos could change lives if they were put in a home with a young kid,” he thought. “It was as much about saving the piano as the piano saving the person.”

But how to bring them together?

He let the idea percolate. He sold his advertising agency. Then Alex died – and from that heartbreak, he kickstarted Pianos for People, which so far has placed 160 pianos in low-income homes while enrolling about 80 people ages 5 to 85 in free piano lessons.

“I wanted to do this before we lost Alex, but Alex became the permission,” Townsend says. “It was about honoring him, and it was in some way a message from the universe saying, ‘if you’re going to do that piano thing, this is the time to do it.'”

He first enlisted the teacher who taught Alex for 10 years, along with a business owner who could repair the instruments. Initially the nonprofit startup bought two pianos to give away. Then they discovered that nobody actually wants to kick an unwanted piano to the curb, and after spreading the word, donated pianos began to pour in.

Now with a part-time staff of two administrators and five teachers, Pianos for People collects those outcasts, pays to refurbish them, then recycles them to a waiting list of recipients who learn about the program through schools, flyers or word-of-mouth. Community and local government grants, along with support from the family’s Alex Townsend Memorial Foundation, support the $160,000 annual budget, which also funds a storefront in a rebounding neighborhood where students can come to learn.

ShaVonda LaGrand-Smith, 49, a single mom, massage therapist and full-time college nutrition student, signed up her three youngest for lessons in 2013. Two months later they had a donated upright piano in their living room.

Her son William, 14, says playing helps him relieve stress. His brother Amir, 12, is now more attentive and focused; counting musical beats “helped me with my math and stuff,” he says. “It made me feel like I could do phenomenal things.” Two months after her first lesson, their sister, A’Naya, 12, performed “Twinkle Twinkle Little Star” at her first recital. “They’re proud of what they’re doing,” their mother says.

“I just always wanted to have a piano, especially with the children,” she adds. “To have Pianos for People be so awesome to provide us one was something I never expected to happen, but I’m so grateful it did. And it’s so nice to sit here and listen to them play. It feels like you’re doing something positive.”

Vivica Foxwell, 36, learned about Pianos for People while walking past their storefront a block from her home. She stuck her head in. Now a piano fills a corner of her dining room, while the pharmacy worker and her son, Joachim, 12, take lessons together. Joachim says of the music, “it kind of sounds like someone’s talking to you, just not using words. Because it’s never impatient. It takes its time.” He also likes the mother-son bonding time: “It’s kind of like being an only child,” says the oldest of three. “Which feels good.”

Adds his mother, whose husband holds down two jobs: “It’s given us the opportunity for something that I’m not sure I would have been able to do for myself.” Pianos for People, she says, is “really doing what they say they’re going to do. And it’s wonderful.”

For Nalaine Powell, 50, an overnight assembly line packer, the piano lessons have been one of the few constants for her son Cobrum, 10, and daughter Ne’Shanti, 12, as their parents moved the family among shelters after losing their home. A piano has been pledged to them once they’re settled. “It was the motivation for the kids to let them know no matter what your situation might be, don’t give up on the talent God has given you,” Powell says. “We needed it – not only the music, but the people who were part of Pianos for People.”

Of their piano teacher, Kayia Smith, she adds: “She was an angel that was sent from God, I know it.”

Smith herself recently told Townsend: “You have no idea how many lives Alex has touched in his afterlife.”

Sitting in a back room at Pianos for People’s storefront location while Smith tutors students in the large front room, Townsend listens as they play and says, “I hear Alex validating what’s going on.”

He’s made Pianos for People his full-time mission as the nonprofit’s president and board chairman; Alex’s mom Jeanne is also a member of the board. The couple has two other children: daughter Laura, 21, is studying playwriting at the University of Iowa; son Nate, 25, is a filmmaker, who credits Alex’s WWII documentary “Six Heroes” for launching his interest. “He feels that Alex is pulling for him all the time,” Townsend says. “He feels the weight of never needing to let Alex down.”

He avoids dwelling on testimonials, because he doesn’t want to feel the program’s work is done. There are plans now to open a Pianos for People location in nearby Ferguson, where economic and racial inequality was highlighted in violence sparked by a 2014 police shooting.

But when he’s able to share a piano along with Alex’s story, he knows that both resonate.

“I cannot adequately express how profoundly grateful and humbled I am by your amazing gift,” wrote one recipient, “and know that I will often think of you and Alex when I play it.”

Says Townsend: “I’m learning that people don’t see it as bragging about your kid, and they want a connection. They want a part of this that makes it unique.”

He also hears his son’s voice telling him: “You’re doing what you’re supposed to be doing.” 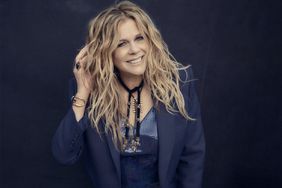 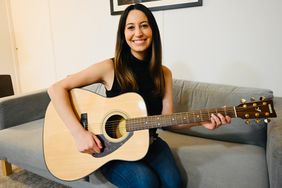 We Tried It: Taking Up the Guitar as an Adult — and Discovering Unexpected Benefits 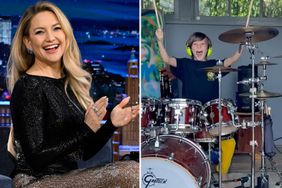 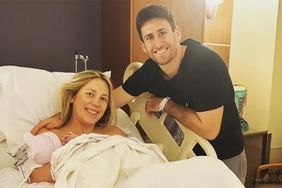 Pa. Dad Shares Heartbreak After Wife Dies Within Days of Giving Birth to Second Son: 'She Loved Being a Mom' 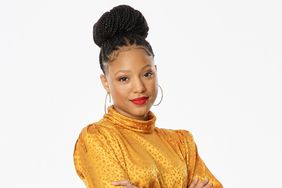 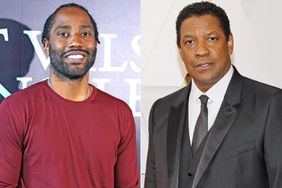