Lee Iacocca, one of the most influential figures in the automobile industry, has died. He was 94.

The legendary businessman, known as the “Father of the Mustang” who is also credited for saving Chrysler from bankruptcy in the 1980s, passed away on Tuesday in his Bel-Air home in California, according to the Los Angeles Times.

A family spokesperson told the outlet that Iacocca had died from complications of Parkinson’s disease.

Representatives at the Iacocca Foundation and his daughters Kathryn and Lia did not immediately respond to PEOPLE’s request for comment.

Born on October 15, 1924, as Lido Anthony Iacocca, the Pennsylvania native made his way through the schooling system, first attending Lehigh University in Bethelem, Pennsylvania before going on to earn his Master’s in engineering at Princeton University in 1946, according to the Iacocca Foundation website.

After graduation, Iacocca landed a job at Ford Motor Company where he impressed his colleagues with his personable nature and drive. It was around that time that Iacocca also met Mary McCleary, whom he married after eight years of dating in 1956.

Iacocca eventually worked his way up the ranks at the company, and after undertaking the 1964 production of the Mustang — which earned him the “Father of the Mustang” nickname — he was named president of Ford in 1970.

Nine years later, Iacocca partnered with Chrysler and was named CEO. In that position, he helped the car company narrowly dodge bankruptcy by appealing to the federal government for aid.

Iacocca then paid off the government seven years early at a profit of $350 million, according to the foundation’s website.

He also became a household name by starring in the company’s television commercials, where he delivered his simple yet famous catchphrase of “If you can find a better car, buy it,” according to the Los Angeles Times.

In a statement issued to PEOPLE, Chrysler, who now operates under the name Fiat Chrysler Automobiles (FCA), said they were “saddened by the news” of Iacocca’s passing and remembered him for his many contributions to their company.

“The Company is saddened by the news of Lee Iacocca’s passing. He played a historic role in steering Chrysler through crisis and making it a true competitive force,” a rep for FCA wrote. “He was one of the great leaders of our company and the auto industry as a whole. He also played a profound and tireless role on the national stage as a business statesman and philanthropist.”

“Lee gave us a mindset that still drives us today — one that is characterized by hard work, dedication and grit. We are committed to ensuring that Chrysler, now FCA, is such a company, an example of commitment and respect, known for excellence as well as for its contribution to society,” the company continued. “His legacy is the resiliency and unshakeable faith in the future that live on in the men and women of FCA who strive every day to live up to the high standards he set.”

During his accomplished lifetime, Iacocca also took on a fundraising restoration project for the Statue of Liberty and Ellis Island — per the request of President Ronald Reagan — wrote an autobiography titled Iacocca and became a voice for type 1 diabetes after Mary sadly died at 57 from complications of the disease, according to the website.

In 1984, Iacocca established the Iacocca Family Foundation with his two daughters, Kathryn and Lia, in memory of Mary, which now currently works to fund research programs and projects that will help find a cure. Kathryn has since become the foundation’s president.

Iacocca also donated the proceeds from his successful book, which sold seven million copies, to the foundation after it was published in 1984, according to the website. 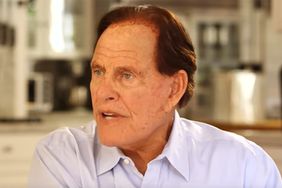