"Accept it, analyze it and let yourself feel what you feel," Kaylee Muthart tells PEOPLE almost a year after the incident that resulted in her blindness

Nearly a year ago, Kaylee Muthart horrified the world when she gouged out her own eyes during a meth-induced psychotic episode. Hallucinating wildly during the Feb. 6 incident, the 21-year-old from Anderson, South Carolina, ripped out her own eyeballs, squishing them in her hands while a shocked onlooker struggled to restrain her.

Muthart had been awake for almost 48 hours, snorting and injecting a concoction of tainted methamphetamine. "The drugs take your fears and beliefs and amplify them," she tells PEOPLE. "I thought I had to take my eyes out to survive and save the world."

And survive she has, but her journey has been arduous. It has been a year of tuning out the haters and taming the self-recrimination, learning to maneuver in a world of darkness, rerouting her goals and figuring out who she can trust in her new life.

"She has been given a second chance," says Muthart's mother, Katy Tompkins. "Mentally and physically Kaylee has come so far. We take one day at a time, but each of her days gets better. Her thoughts are very goal-oriented, and now she completely understands her path. Part of that path is to help people with her story."

Following the episode, Muthart spent weeks in a psychiatric facility. She underwent surgery to ready her eye sockets for future prostheses and completed a month-long inpatient drug-treatment program. She considers herself a recovering addict and says it wasn't all that difficult for her to achieve sobriety because "the drugs took something from me, and when you get burned by the fire you learn not to go back."

Back at home now with her family, Muthart is "relearning everything, really," she says. "I try to do everything on my own. If I get hurt in the process it's just learning."

Her daily routine is mostly "homebody-type things at the moment," she says. She uses a feature called VoiceOver to navigate her phone ("faster than I can go through my own phone," says Tompkins) and watches videos via a narration track called audio description. She chats with her mom and, using a red-tipped cane, attends church most Sundays.

She makes her own coffee and can still flip an egg in a pan. She has learned to play the piano and practices Coldplay songs "Clocks" and "The Scientist" on her sister's keyboards. A highlight this year, she says, was being selected to play her guitar and sing to her rehab group.

"I'm adventurous and I can't just give up," Muthart says. "Go big or go home."

She describes how she has sunk three basketball goals in the last few months — "they lined me up perfectly with the free-throw line" — and recently rode a bicycle, with a friend running ahead of the bike, calling Muthart's name.

Muthart's toddler daughter, to whom she gave birth at age 18, is a bright spot. The child lives with a family friend, but Muthart says they talk daily and visit when Muthart can get a ride to the child's home. "She's my sunshine," Muthart says.

Tompkins describes her own daughter as big-hearted, responsible and determined. "When she sets her mind to something, she does it. This is a girl who bought her own car with money she earned from working — before she even got her license."

She says she tries to focus on her daughter's prospective independence. In early 2019, Muthart will attend a school for the blind for eight to 16 weeks where she'll learn "to do anything blind," she says. A GoFundMe page has also been set up to support Muthart in her recovery.

Still, the reality is bitter. "For a mother, it's like, 'Why? Why her?'" says Tompkins. "So much potential, so beautiful. And her eyes — they were like the ocean — you could see her emotions in them."

For her part, Muthart says that she has embraced her blindness. "If you don't, you can never be happy. Accept it, analyze it and let yourself feel what you feel. I cry. Not a lot, but I bottle it up and then let it out."

By this time next year, she wants to have undergone eye surgery to be fitted with prosthetics, moved in with a roommate, and learned to be a mother to her child as a blind woman. Long term, she envisions herself as a motivational speaker or a musician. She'd like to write a book, maybe. However, she has largely given up her childhood dream of becoming a marine biologist.

"The part I would've enjoyed most about that" — watching orcas and dolphins slice through the water — "is gone now," she says. 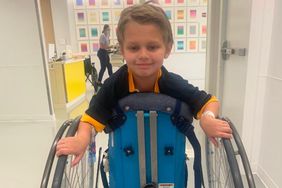 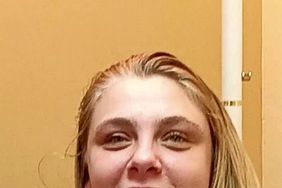 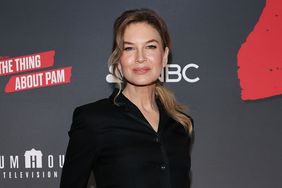 13-Year-Old Girl Accepted into Medical School Urges Other Kids, 'Don't Let Anybody Tell You No' 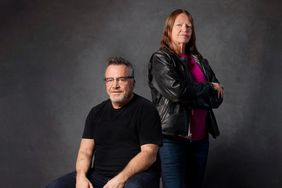 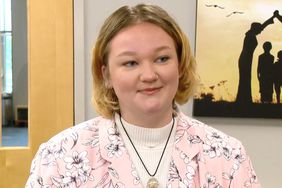