"I'm hopeful that we can make time and space to celebrate and recognize our victories," says Black Lives Matter co-founder Opal Tometi

Juneteenth is here — and many activists believe this year will be the starting point in working toward a "new America."

The annual June 19 celebration, which commemorates the end of slavery in the United States, comes this year on the heels of the nationwide protests over racial injustice and police brutality, reinvigorated by the death of George Floyd while in the custody of police officers.

Due to that momentum and growing widespread awareness, NAACP National Director Tiffany D. Loftin and Black Lives Matter co-founder Opal Tometi believe this year's celebration will be even more significant than previous years.

"The significance of Juneteenth has always been meaningful in the Black community," Loftin, 31, tells PEOPLE. "However, in the face of the continuous onslaught of racial incidents, police brutality and killings, and hate crimes, we're witnessing a renewed effort to uplift holidays that bring attention to the real history of this country."

"It’s going to represent more than our past history. It’s going to be about the history we are writing in this moment," says Tometi, 35. "I’m hopeful that we can make time and space to celebrate and recognize our victories ... [and] highlight how far we’ve come and how much farther we need to go."

Adds 24-year-old New Orleans resident Camille Barnett: "Even when we 'had' some rights, we didn't. The lesson holds true today. It's our job to hold those in power accountable to give us the rights we have and deserve. We have, in writing, equal rights for all but we know that we are getting murdered by authorities at much higher rates."

Often referred to as the Black Fourth of July or America's second Independence Day, Juneteenth's origins date back to 1865 when Major General Gordon Granger arrived in Texas to announce that the Civil War had ended and enslaved people were officially free, according to Juneteenth.com.

The announcement came two-and-a-half years after President Abraham Lincoln issued the Emancipation Proclamation, reportedly due to the small number of Union troops in Texas, which made it difficult to enforce the order, the website stated.

"That is a clear indicator of how this country's pattern with oppressive behavior against African Americans continues to fuel its actions," Loftin notes of the delay.

In the years since, all but four states have recognized Juneteenth as a state holiday or day of observance, according to National Juneteenth Observance Foundation. The foundation is currently pushing for Hawaii, North Dakota, South Dakota, and Montana to recognize the day.

Meanwhile, the U.S. Senate is awaiting approval from the House on a resolution passed in 2018 calling for Juneteenth to be a national holiday, according to Congress.gov.

For Tometi and Barnett, they've been celebrating the holiday since they were young, in the way many celebrate the 4th of July — at festivals, public events, BBQ cookouts, and other gatherings.

"I often visit [historical landmark] Congo Square in the French Quarter with family," explains Barnett, an editorial assistant for a Louisiana healthcare provider. "My paternal grandmother and my parents always ensured that I knew the importance of history not taught in school systems."

Loftin says she marks the annual celebration by "educating those who may be unaware of what the day signifies."

"I also surround myself with my community to celebrate and uplift the arduous journey of my ancestors," she shares. "I take this as a moment to stop and organize and critique America. Then we can celebrate, create, and imagine the new America that is possible."

In previous years, the public awareness for Juneteenth was not as prevalent in non-Black communities — something that the women believe was due to a lack of knowledge and it not being federally recognized in the way that Martin Luther King, Jr. Day is.

"The reason it hasn’t been marked nationally is racism," Loftin says. "It's no secret this country is resistant to acknowledging the ills of its past and righting its wrongs."

"I'm pretty astonished that every year, I'm able to educate someone. I'm grateful to be able to spread knowledge, but it is disheartening to know that this knowledge still isn't widespread," Barnett says. "This country will not move forward until it addresses and recognizes our uncomfortable past."

But in recent weeks, understanding of the importance of the holiday has begun to grow amongst the American public, in part due to companies, such as Twitter, Nike, and the NFL, announcing that they will recognize Juneteenth as a company holiday.

The women activists believe there's still more work to be done, though.

"It is a step in the right direction," Loftin notes. "However, it is only the beginning for many of these companies. They have a long way to go before they reach a place of equality and equity in their corporate structures. Too many of these brands and companies are engaging in superficial displays of solidarity."

"If they want to make a real impact, they will evaluate their company culture, hiring practices, C-suite, the board of directors, and other components that speak to the heart of what type of company they are," she adds.

RELATED VIDEO: HBO Max Temporarily Removes 'Gone with the Wind' Due to Its 'Racist Depictions'

"I've called this pandemic a blessing in disguise; there are no longer enough distractions in the world to turn a blind eye to the injustices faced by Blacks in America," says Barnett.

Looking forward, it is their hope that Juneteenth will officially become a national holiday. But beyond that, Tometi encourages the public to continue recognizing and valuing Black communities, as well as the entirety of American history.

"We’ve designated one month out of the year for Black history, but Black history is American history and should be incorporated into our education and lives in the same way," she says. "It's a historic day in the United States that deserves more attention than it currently receives."

Emphasizing the nearly three-year gap between the Emancipation Proclamation and the official ending of slavery, Tometi adds, "It’s a good reminder that flipping the status quo isn’t as simple as enacting a law — it’s a starting point; not the end." 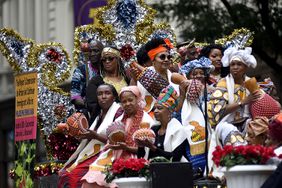 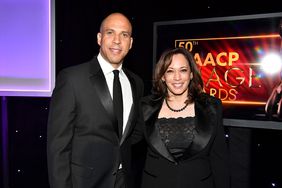 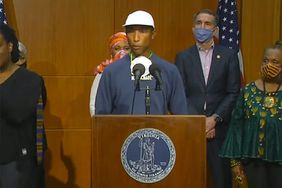 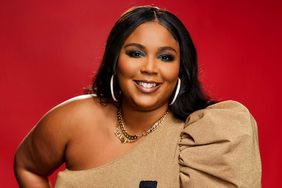 How Celebrities Are Honoring Juneteenth This Year 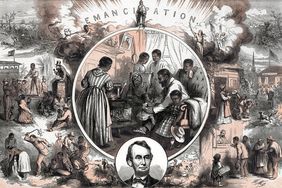