A federal judge in Michigan has ruled that faith-based adoption agencies contracting with the state can refuse to place children in LGBTQ homes, blocking a new state policy implemented earlier this year by State Attorney General Dana Nessel.

In March, Nessel, Michigan’s first openly gay statewide officeholder, announced an agreement with the American Civil Liberties Union of Michigan over a lawsuit filed by two lesbian couples who sued the state, claiming they had been turned away from adoption agencies, according to the Detroit News.

The settlement “said a 2015 Republican-backed law that lets child-placement agencies not provide any services that conflict with their sincerely held religious beliefs does not apply if they are under contract with the state,” thus terminating the state contracts of agencies refusing to work with gay couples, the Associated Press reported.

Shortly after the settlement was reached, however, the Becket Fund for Religious Liberty fired back on behalf of St. Vincent Catholic Charities, two adoptive parents, and a former foster child who was adopted, claiming that the policy changes violated both their First Amendment rights as well as the federal Religious Freedom Restoration Act, according to NBC News.

In District Judge Robert Jonker’s preliminary injunction opinion, issued Thursday, he claimed that Nessel directly “targeted” St. Vincent, citing comments she made prior to taking office in which she described supporters of the 2015 law as “hate-mongers.”

“These statements raise a strong inference of a hostility toward a religious viewpoint,” Junker wrote in his opinion.

He also wrote that Nessel wanting to cancel the contract between the state and the agencies should they refuse a same-sex couple “strongly suggests the State’s real goal is not to promote non-discriminatory child placements, but to stamp out St. Vincent’s religious belief and replace it with the State’s own,” which “would disrupt a carefully balanced and established practice that ensures non-discrimination in child placements while still accommodating traditional Catholic religious beliefs on marriage.”

Gay Dads Adopt 6 Siblings, Ages 7 to 14, After They Spent Half a Decade in Foster Care

Prior to the policy change, St. Vincent would refer LGBTQ and unmarried couples to other agencies so as not to violate their religious beliefs.

Jay Kaplan, staff attorney for the ACLU of Michigan, told the Detroit News that Jonker’s opinion failed to mention that some of Nessel’s comments were taken out of context, while others were made while she was still a private citizen.

17-Year-Old Hopes to Find a Family Before Aging Out of the Adoption System: ‘Anyone Who Will Take Me’

“The ones who lose as a result of this are the children, the children who need these loving, stable homes,” he said.

A spokesperson for Nessel’s office did not immediately respond to PEOPLE’s request for comment but told the Detroit News that the department is reviewing the decision.

“Now and forever I will fight to support the constitutional precepts of separation of church and state and equal protection under the law for all Michigan residents and all Americans,” Nessel wrote on Twitter in response to the ruling.

Lori Windham, senior counsel at Becket, issued a statement on the opinion on Twitter.

“Thanks to the ruling, St. Vincent will be able to continue serving foster children in Michigan and their selfless foster families,” she wrote. “More than 13,000 foster kids in Michigan need help, and we need all hands on deck. Judge was very clear this case is NOT about whether same-sex couples can adopt- it is about making sure there are more homes for families, and whether the state can penalize religious groups for their beliefs.” 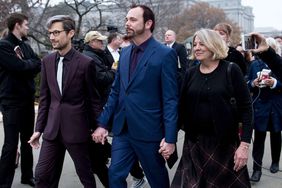 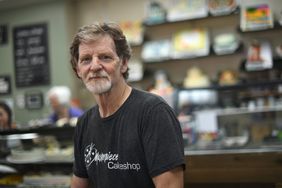