Joshua Boyle met with the press upon being freed from Taliban-linked militants, detailing the horrific abuse he and his wife Caitlin Coleman received in their five years in captivity

Joshua Boyle — the Canadian man who was rescued Wednesday after spending five years in terrorist custody along with his American wife Caitlin Coleman and their three children — met with the press upon returning to Canada Friday night, detailing some of the horrific abuse his family received at the hands of the Taliban-linked militants.

During a press conference at the Pearson International Airport in Toronto captured by The Guardian, Boyle revealed that among the many cruelties they suffered was the rape of his wife and the murder of their infant daughter born in captivity, who he said was slain in retaliation for his refusal to accept an offer from the family’s abductors.

Boyle and Coleman were abducted in 2012 while trying to deliver aid to villagers in a Taliban-controlled region of Afghanistan that “no NGO, no aid worker, and no government” had been able to reach, the Associated Press reported.

They were held in Pakistan by the Haqqani network, a terrorist organization that has ties to the Taliban, the AP reported. Coleman was seven months pregnant at the time of her abduction and gave birth four times while in captivity — including to surviving children Jonah, Noah and Grace.

“The stupidity and the evil of the Haqqani networks kidnapping of a pilgrim and his heavily-pregnant wife engaged in helping ordinary villagers in Taliban-controlled regions of Afghanistan was eclipsed only by the stupidity and evil of authorizing the murder of my infant daughter, Martyr, as retaliation for my repeated refusal to accept an offer that the criminal miscreants of the Thani network had made to me,” Boyle said Friday.

No further details about the murder or rape were provided, the BBC reported. Coleman was not at the news conference.

According to Boyle, one of their children was in poor health in the aftermath of Wednesday’s gun-battle and rescue — which was executed by the by the Pakistani military with the help of U.S. intelligence.

“In the last three days I have actually only seen one U.S. soldier and we had to speak very briefly and very cordially about the medical attention that the Pakistani medical team was providing to the injured child,” Boyle said in Friday’s press conference.

In an interview with the Toronto Star Thursday, Boyle was his family were “psychologically and physically shattered by the betrayals and the criminality of what has happened over the past five years” but were hopeful that they could rebuild their lives.

“We’re looking forward to a new lease on life, to use an overused idiom, and restarting and being able to build a sanctuary for our children and our family in north America,” he said.

Meanwhile, Coleman’s father Jim slammed Boyle for his decision to take their pregnant daughter to the country in the first place. “Taking your pregnant wife to a very dangerous place, to me and the kind of person I am, is unconscionable,” he told ABC News.

During their time in captivity, she and her family appeared in several videos sent to their families in which they pleaded for help from the U.S. government. A video last January showed the couple’s 4-year old son dressed in dirty clothing and sitting on his father’s lap, according to ABC News.

Jim also questioned Boyle’s decision to fly to his native Canada rather than board a U.S. military plane that was reportedly waiting to take them out of Pakistan. “I don’t know what five years in captivity would do to somebody, but if it were me and I saw a U.S. aircraft and U.S. soldiers, I’d be running for it,” Jim said.

In his press conference on Friday, Boyle denied the option of a U.S. military aircraft, The Guardian reported. He said he chose to fly back from Islamabad to Canada on commercial airlines via London.

“Obviously, it will be of incredible importance to my family that we are able to build a secure sanctuary for our three surviving children to call a home,” Boyle he told reporters, The Guardian reported.

On Thursday, President Donald Trump put out an official statement about the family’s release. It read: “Today they are free. This is a positive moment for our country’s relationship with Pakistan. The Pakistani government’s cooperation is a sign that it is honoring America’s wishes for it to do more to provide security in the region. We hope to see this type of cooperation and teamwork in helping secure the release of remaining hostages and in our future joint counterterrorism operations.” 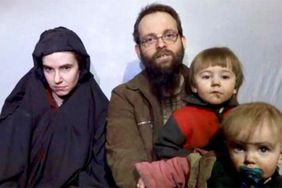 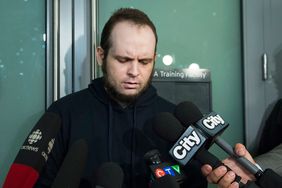 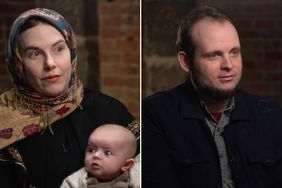 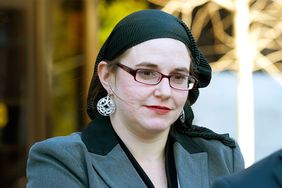 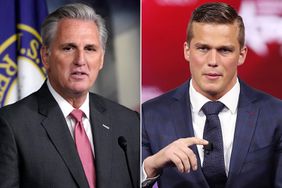