Influencer and meme queen Nenobia Washington, also known as "The Queen of Brooklyn," has died. She was 38.

"Upon arrival, a 38-year-old female was discovered unconscious and unresponsive in front of the location," Shelton says. "EMS responded and transported the female to St. Luke's Hospital where she was pronounced deceased."

The deceased was identified as Washington.

A cause of death will be determined by the Medical Examiner. The investigation is ongoing.


David Jackson, the father of Washington's son Tyeleck, has organized a GoFundMe campaign to raise money for his funeral costs. Extra money will also be used to help him take care of their son.

"Nenobia brought laughter and tears," Jackson wrote in a message shared on the online fundraiser. "She was loved by many so we are going to make it as nice as we can for her."

In an update, he wrote that after surpassing their original goal, they decided to turn her "going home service" into an "event she would be proud of."

While additional details have yet to be announced, Jackson wrote that it will take place in Brooklyn.

As of Wednesday afternoon, the campaign had raised more than $31,500, including a $10,000 contribution from an anonymous donor.

"Our hearts are with BKTIDALWAVE and her family today. Rest In Peace to The Queen of Brooklyn," they wrote on Sunday.

Washington's death was mourned online by many of her fans.

"RIP BKTidalWave please share to support her family," wrote YouTube star Jackie Aina, who shared a link to the GoFundMe.

"Love this woman so much. I remember just sharing memes of her constantly on my main account and from there took it upon myself to do a meme reactions page of her," read one tribute from a devotedfollower. "This account will still be active to cherish the moments of this Queen but I hope her family stays [strong]."

Added another fan, "Rest In Peace Nenobia aka BKTIDALWAVE aka Queen Of Brooklyn, she will be missed by all of us. Her funny and bright spirit will live on forever." 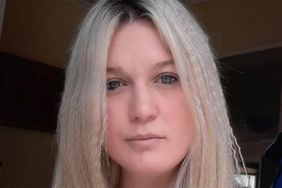