Identical Twin Left with Severe Burns After House Fire: 'I Don't Let My Injury Define Me'

A horrific house fire left then 2-year-old Michelle Anderson with burns over 90 percent of her body. But her sister Katherine escaped uninjured.

For the Anderson sisters, the fire feels like it was just yesterday.

On the stormy spring night of May 19, 1996, identical twins Michelle Lauren Anderson and Katherine Anderson-Hill, who were just 2 at the time, were visiting their father and his wife (their parents divorced in 1994) for the weekend in Fridley, Minnesota. A fire broke out in their bedroom around midnight.

Katherine was able to escape without major injury, but Michelle’s bed was ablaze. “I remember seeing the flames coming up on me,” she tells PEOPLE in this week’s issue.

Michelle’s father managed to pull her out — but not before more than 90 percent of her body had been badly burned. (An investigation suggested the cause of the fire was a wayward cigarette, but it was never officially confirmed. The twins have had no contact with their father or his wife since.)

“She’d been wearing a wet diaper, so that part of her wasn’t burned, and she had a pacifier in her mouth, so her lips were saved,” says their mother Linda Anderson, 51, who married Edward Anderson in 2000. “Her eyes were open, so her eyelids weren’t burned off. I believe she was standing in the corner, trapped. Every day after that was a battle. We knew it was going to be challenging forever — for all of us.”

The battle was long and, in the beginning, quite dire.

“They told me that if she survived, she would have no hands and feet, maybe no arms and legs, and if she got off the ventilator, she’d be on oxygen and possibly be blind,” says Linda, a registered nurse who works in a postanesthesia care unit.

Mom, 27, Disfigured After Campfire Accident and Abandoned by Husband Speaks Out: ‘I Thought I Was Going to Die’

Two weeks in, Michelle developed sepsis, and doctors urgently began a series of temporary dressings and skin grafts, mostly from donated tissue, to cover her burns and avoid further infection. Michelle underwent 25 surgeries before she finally went home on Nov. 1, 1996. She had to relearn how to walk and talk again and suffered from vivid nightmares about the fire for more than a year.

“That’s when the recovery ­really began,” says Linda. “Katherine was too young to understand, but Michelle had lost everything.”

For years, Michelle was bullied — and excluded.

“There were always the questions and stares,” says Michelle, who remembers being called a monster in preschool. “That was my first realization that ‘Wait, I’m not just a normal kid.’ ”

Adds Katherine: “I would tell them about her scars and her limitations and defend her.”

In the 24 years since, the twins, now, 26, have never stopped defending each other and ultimately gained more than what they lost that night.

• For more on the twins and the fire that changed their lives, subscribe now to PEOPLE or pick up this week’s issue, on newsstands now.

When high school came around, the twins found their unique passions and the courage to seek independence.

Michelle went away to a camp for burn survivors in Colorado, where she discovered her passion for horseback riding. “I just was drawn to horses,” says Michelle, who became an equestrian competitor and now gives therapeutic riding lessons near her home in St. Paul.

“Finding our own identities is what saved our friendship,” she adds. “If we had done the same activities, it would have destroyed me. I would never have felt good enough, because I would have always been comparing myself to her.”

RELATED VIDEO: Burned and Disfigured in a Fire, a Young Mom Finds Strength in Her Daughter and Faith

While Michelle has fought mightily to overcome the pain and ordeal caused by her injuries (she’s had more than 80 surgeries so far), Katherine has had to come to terms with her own remorse and frustration.

“There were times when I felt a lot of guilt seeing my sister in pain and knowing there was nothing I could do,” says Katherine, a cardiac ICU nurse at the Mayo Clinic in Rochester, Minnesota. “But we’re as close as sisters can be.”

Adds Michelle, who is finishing her second master’s degree, in business leadership, in June: “Katherine was my constant support system. But having someone who looks exactly like you — but doesn’t have scars — is always a reminder of what my life would have been. She’s the life and the face I could have had.”

Today, Michelle is writing a self-help book about her journey so she “can help others by showing them the lessons I’ve learned from what I’ve been through,” she says.

And while she still copes with many physical issues — more than 70 percent of her body is unable to sweat, and she has pain and extreme sensitivity in her hands and feet — she does it with Katherine by her side.

“It’s been a blessing to have Katherine,” she says. “Even though she wasn’t burned, she understands because she’s always been there. I don’t let my injury define me. This isn’t all that I am.”

For those looking for a resource or support much like Michelle, connect with the Phoenix Society for Burn Survivors, by visiting https://www.phoenix-society.org/.” 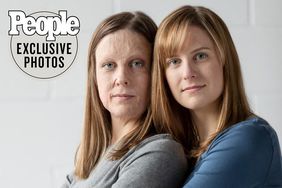 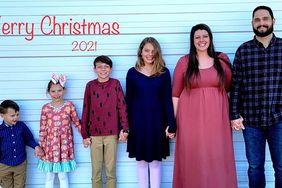 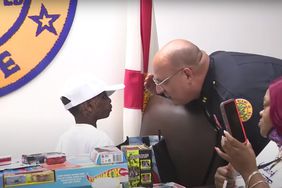 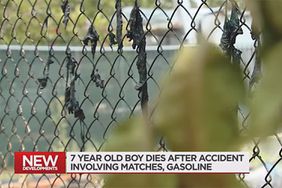