Meet PEOPLE's 2012 Heroes of the Year

From N.Y.P.D. cop Larry DePrimo to Sandy hero Michael McDonnell, here are some of this year's amazing winners

They stepped up to help people in need, often putting themselves in harm’s way.

One thing PEOPLE’s incredible 2012 Heroes of the Year award winners all have in common: selflessness and compassion. This week, PEOPLE profiles individuals whose extraordinary bravery and kindness stood out this year.

During Superstorm Sandy Oct. 29, as a 6 ft. surge roared down their block, and a fire from a gas line explosion engulfed houses around them, McDonnell, a sales director for Chefs Diet, and Smith, a lifeguard, ushered six people to safety with a homemade rope bridge and Smith’s surfboard.

Says neighbor Katie Cregg, whom the pair helped: “Michael just took charge. He looked me straight in the eye, and I knew then and there we were going to be okay. And then the kid with the surfboard arrived like an angel, and everyone’s spirits lifted.”

More Everyday and Celebrity Heroes Among Us

McDonnell and Smith are in good company.

Among 2012’s other winners: Father and son pair J.D., 52, and James Bennett, 32, who pulled two toddlers from a burning van in Sanger, Calif.; Madison Wallraf, 16, of Johnsburg, Ill., who raced in and out of a burning barn to help save 22 horses; and N.Y.P.D. Officer Larry DePrimo, who bought shoes for a barefoot man during a cold night in New York City last month – and became a worldwide hero.

An overnight celebrity since a photo of his kind act went viral, DePrimo, 25, says he hopes what he did inspires others.

“I just love to help people,” the humble officer says. “That’s why I became a cop.” 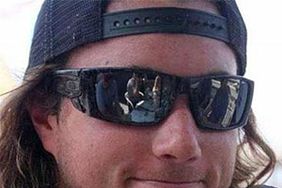