John Gerrish, Ellen Chung and their 1-year-old daughter Miju were found dead alongside their family dog in the Sierra National Forest on Aug. 17

Over two months after a California family was mysteriously found dead with their dog along a hiking trail in the Sierra National Forest, their friends and loved ones finally have some answers.

Here is how an investigation into their deaths unfolded.

A family friend said they had recently relocated to be closer to nature.

During the pandemic, Gerrish and Chung had moved about 160 miles from their home in San Francisco to Central California, family friend Steve Jeffe told The Fresno Bee shortly after their bodies were found.

The couple made the move after Gerrish, a Silicon Valley software engineer, began working from home, Jeffe said. They wished to raise Miju away from a major city and hoped to trade in the bustle of the San Francisco Bay Area for the calm of nature, he explained.

"We're all just devastated," Jeff told the outlet. "They were really beloved by the people. A super generous, sweet and loving couple that was devoted to their daughter."

Gerrish was originally from England, while Chung worked as a yoga instructor before becoming pregnant with their daughter, per the Merced Sun-Star.

The family was reported missing on Aug. 16 after embarking on a hiking trip.

The couple and their daughter were reported missing on Monday, Aug. 16 by their nanny, who arrived at the family's home and found no one there, Jeffe told The Bee. The family had left for a hiking trip the day prior.

"You had to figure it wasn't an overnight hike, because it's been hot and they had the baby with them," Jeffe told The Bee. "Jon was supposed to work Monday and never showed up. That raised more concerns."

By Tuesday morning, the family was found dead. The Mariposa County Sheriff said the area where their bodies were discovered did "not indicate a clear picture of what occurred."

Officials said Gerrish was discovered in a seated position with Miju and Oski near him, according to The Washington Post. Meanwhile, Chung was found a ways away from them up a hill, the outlet reported.

At the time that their bodies were found, the sheriff's office said the situation was "currently being handled as a hazmat and coroner investigation."

Over the next month, authorities worked to rule out numerous causes of death. The family and their dog reportedly did not have any physical wounds or signs of trauma on their bodies, leading the Mariposa County Sheriff's Office to initially rule out exposure to chemicals and use of a gun or another deadly weapon as potential causes of death.

In September, officials announced that all public areas along the Merced River between the towns of Briceburg and Bagby would be closed until at least Sept. 17 "in response to the presence of toxic algal blooms." The area was located downstream from where the family was first found, per the Associated Press.

The family died of hyperthermia and probable dehydration.

On Oct. 21, two months after their bodies were found, authorities released an official cause of death for the family.

The Mariposa County Sheriff's Office confirmed that all three family members died of hyperthermia and probable dehydration. Their 8-year-old dog Oski also suffered a heat-related death, according to police.

"For Mariposa County, this is rare," Sheriff Jeremy Briese told reporters. "This is the first hyperthermia cause of death that I've witnessed here in 20 years."

Police also ruled out that out that toxic algae played a role in the deaths, saying that they do not believe the family ingested the water in the area. During Thursday's press conference, authorities noted how there were no filtration systems with the family, but one 85-ounce Camelbak water bottle and a bottle with formula were found near the site.

The water inside those bottles was tested but came back with no toxins and appeared to be clean or tap water, according to police.

Relatives said they feel "indescribable" pain over the loss.

On Thursday, Mariposa Public Information Officer issued a statement from Gerrish and Chung's relatives that read: "The loss of a close relative is pain almost beyond words. When that loss is multiplied by four, and one of those losses is a baby, that pain is indescribable."

The couple's family went on to explain that "the lack of knowledge and certainty as reasons for the death" led them to frequently question the circumstances of the death for "all of the days and all of the nights."

"Our hearts will never forget the beautiful lives of John, Ellen, Miju and of course, Oski," the statement concluded. "They will remain with us wherever we are and whatever we do."

2 Causes of Death Ruled Out as Investigation into Calif. Family's Mysterious Deaths Continues

Calif. Community Perplexed by Unexplained Deaths of Family: 'What the Heck Happened?'

River Near Spot Where Calif. Family of 3 Mysteriously Died Has Been Closed Due to Toxic Algae

Relatives of Calif. Family Who Mysteriously Died on Hiking Trail Don't Believe They Were Murdered 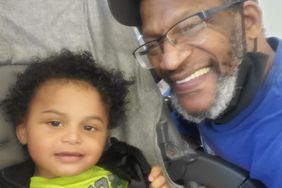