"Getting cured means I won't have to worry about whether I even have a future," says Sean Murry

When Tim and Maggie Murry had their first child in 1991, they were given devastating news about their newborn baby boy, Sean.

Born with nearly no blood in his body, Sean spent his infancy in and out of hospitals as it took doctors 10 months to diagnose him with Diamond-Blackfan Anemia, an extremely rare and fatal disorder of the bone marrow. Most people with DBA don’t usually live past their early 30s.

The new parents had always envisioned a large family and, after consulting with doctors, they were told that the chances of their second child having the same condition would be like “lightening striking twice,” Maggie, 53, of St. Louis, Missouri, tells PEOPLE. “That never happens. But it did.”

Their second child, Patrick, who was born in 1993, also had DBA and received the same diagnosis and grim prognosis. If the disorder was genetic, there would be a one in four chance of their third child having it, too. The only good news was that the two brothers were matches for each other —so there was the possibility that one donor could potentially save both boys. At the time, doctors told the couple that the disease might be genetically linked but assured them that event if it were, they had only a one in four chance of having a third child with DBA.

“Maybe we were kidding ourselves, but at some point we thought we’d get a break,” says Tim, 56, an account manager at a technology company.

Despite the boys’ prognosis, the family continues to have hope. If the brothers found a bone-marrow transplant — the only cure for the condition — they could possibly survive. But without it, they would most likely not live past their 30s.

Today, Sean, 27, Patrick, 23, Danny, 16 and Timmy, 14, are in a race against time to find a donor. Sean and Patrick both receive monthly blood transfusions that keep them alive, while the younger brothers currently respond to regular oral steroid treatment.

Because of their efforts with DKMS – the world’s largest bone-marrow center — the family has brought in over 28,000 people to the DKMS registry, leading to 116 life-saving transplants among the 12,000 people currently waiting for a donor.

“It’s pretty cool that we’ve saved so many lives while we’re just trying to save our own,” says Timmy, who just graduated from middle school and has a passion for basketball.

And while they’re grateful that their outreach as saved so many lives, it also gives them hope that they’ll be next as they haven’t yet found donors for themselves.

“It lifts your spirits more than you can put into words,” says Tim. “It also continues to give us hope that the call is coming for our boys.”

• For much more on the Murry brothers story, pick up this week’s issue of PEOPLE, on newsstands Friday.

But the treatment that has kept Sean and Patrick alive since birth is also making them sicker. Doctors told Tim and Maggie that because Sean and Patrick aren’t able to process and reuse the old blood cells, iron would build up, eventually destroying their heart and liver. With every transfusion, the iron does more damage.

Watch the full episode of People Features: 4 Brothers, 1 Deadly Disease, streaming now on PeopleTV.com, or download the PeopleTV app on your favorite device.

But for now, all four boys aren’t letting it slow them down, even though Sean says “we might not live past our 30s.”

Sean, who is an inspiring actor, says that while “it’s always on the back of mind,” he’s not letting it bring him down. The same goes for the other brothers. Patrick is a senior at Kansas State University who is studying bio-engineering, while Danny has a passion for graphic design.

The family has spent numerous summers on the Lake of the Ozarks and took a trip in 2013 to the Caribbean after Patrick’s high school class raised money for the entire family to go.

“Obviously we want a donor but that doesn’t change my thinking,” says Sean. “I still want a career and I want to possibly have a family. Whether I’m cured or not doesn’t change that — but getting cured means I won’t have to worry about whether I even have a future.”

Adds Tim: “If we don’t find a match for them all, then it becomes an issue of playing out the clock.”

To help the Murry Brothers, and many others in need, sign up to be a bone-marrow donor at DKMS.ORG. 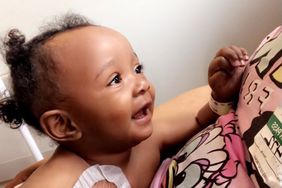 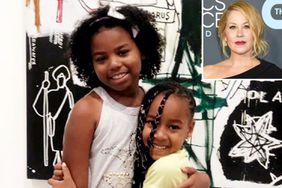 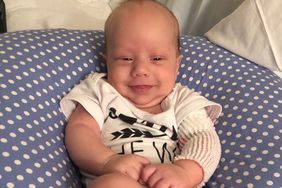 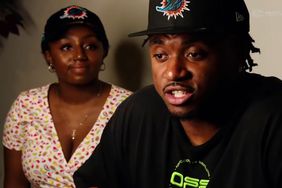 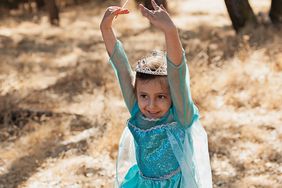 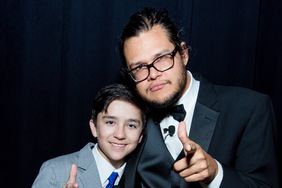 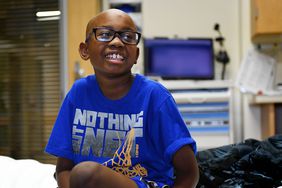 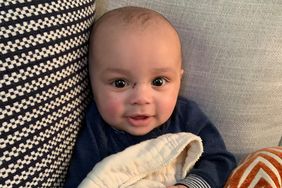 4-Month-Old Baby with Rare Genetic Disorder in Need of Bone Marrow Donor: 'He Is One in a Million' 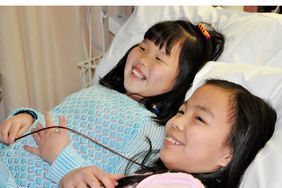