Zanib Naveed, a former beauty queen who was crowned Miss Pakistan World in 2012, died over the weekend after she was involved in a car crash.

Naveed, 32, was driving her 2018 Mercedes CL2 on Sunday afternoon in Prince George’s County when she struck a curb on Route 1’s curve and overturned her car into oncoming traffic, Maryland State Police confirmed in a press release.

Authorities said the Pomona, New York resident was ejected from her vehicle and declared dead at the scene.

No other vehicles or people were involved. Naveed was the only person inside her car when the crash occurred.

State Police also noted that a preliminary investigation determined that alcohol did not appear to be a factor in the fatal crash, but the incident remains under investigation.

Naveed graduated from Pace University in 2011 before going on to compete in the Miss Pakistan World pageant, which was held in Toronto, Canada. On Aug. 24, 2012, she became the 10th person to win the pageant’s title.

She then went on to represent Pakistan in the 2012 Miss Earth pageant in the Philippines, which is the third-largest pageant after Miss World and Miss Universe.

Her accomplishments also included being the president of Miss and Mrs. Pakistan USA, a dedicated activist, and an entrepreneur, her Facebook profile states.

In a statement to PEOPLE, the current Miss Pakistan World, Sonia Ahmed, spoke to Naveed’s many accolades and praised her for holding the important roles with such poise.

“As the President of Miss Pakistan World, we gave Naveed an amazing platform to represent Pakistan internationally and hearing about her death is very upsetting to all of us,” Ahmed says. “Being a beauty queen to a country like Pakistan where there have been no beauty pageants on the soil of Pakistan is a tough job!”

“Naveed along with other winners of Miss Pakistan World had a huge responsibility of carrying the title of a Muslim Nation,” she continued. “It is a very upsetting time and terrible news and we can all hope and pray that her family gets through this painful situation.”

In the wake of the fatal crash, a GoFundMe for Naveed was set up by her loved ones to assist her family with any financial burdens.

On the page, the former beauty queen was remembered for her “smile that could light up a room, a powerful personality, captivating eyes, a voice that demanded attention and beauty like no other.”

“Zanib was truly a force to be reckoned with, always standing by her beliefs. All who knew Zanib can attest to her strong will, always accomplishing her goals in life,” the page reads. “She paved her own path to success, and had a promising future ahead of herself.”

“Zanib touched many lives, she was always making friends and meeting new people. She spread her laughter and her sense of humor to all she encountered,” the page continues. “She was unique in more ways than one. She had a beautiful soul and she will forever be missed. Our lives will never be the same without her.”

Many of Naveed’s loved ones, including her husband Ali-Haider Shah, have also been left heartbroken since the tragedy.

On Sunday, Shah wrote an emotional Facebook post about the death of his wife, revealing that his “heart is shattered.”

“i cant find u my love …. hv been screaming ur name out… ur always active on social media… so plzzz reply me back ….. plz come backkkkkkk u cant leave my life and the world like this !!!!! Zanib Ali Haider please come back to me ….. why didnt god take me instead,” he wrote.

A few days later, Shah posted a photo with Naveed and captioned it, “Comeback Zanib …. i need u ….. ur always there for me …. and i need u badly right now !!! I promised to protect u from everything……im sorry this time wasnt able to”

He also shared two photos of himself on Wednesday, shortly after Naveed was laid to rest, kissing her burial site. Alongside the devastating photos, he wrote, “Bye bye my love… I will meet you there.”

Multiple tributes poured out on GoFundMe, as well, with many remembering Naveed for her “beautiful soul”, “warm heart” and being a “lovely person both inside and out.” 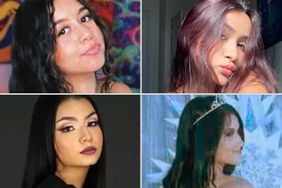 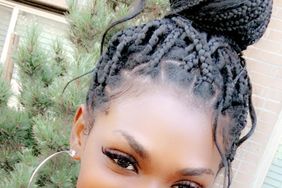