The woman was asleep on a seawall when she fell into the canal and was "suddenly" attacked by a large alligator, according to St. Pete Fire Rescue

A Florida woman was hospitalized with "severe injuries" after authorities said she fell into a canal and was attacked by a large alligator.

St. Pete Fire Rescue confirmed the incident in a press release obtained by PEOPLE, noting that it happened in St. Petersburg on Monday morning.

Authorities said the victim — only identified as a woman in her late 50s — was asleep on a seawall when she fell into a canal around 6 a.m.

ABC affiliate WFTS and the Tampa Bay Times reported that the woman was experiencing homelessness.

After falling into the water, officials said the woman was attacked by a large alligator. A bystander heard her screaming for help and called 911, according to ABC News.

When fire personnel arrived, they said they found the woman "laying in the mangroves along the water with severe injuries to her upper extremities."

Crews immediately began working to remove the victim from the water, using ladders, safety lines and saws, according to the press release.

"A rescue basket was utilized to remove the victim from the water," the release reads. "Police stood guard for the victim and rescuers as the large alligator was present near the scene."

Following the rescue, the woman was stabilized and rushed to Bayfront Health St. Petersburg hospital with severe injuries to her arm. She currently remains in stable condition.

As she continues to recover in the hospital, officials with the Florida Fish and Wildlife Conservation Commission (FWC) were attempting to locate the alligator, ABC News reported.

Just before 10 a.m., FWC officers trapped the large reptile believed to have been the one involved in the attack, Fox affiliate WTVT reported.

Since 2009, Florida has had an average of seven unprovoked alligator attacks per year that are serious enough to require professional medical treatment, FWC data states.

In 2020, there were 12 total alligator bites on humans, with eight of those considered to be "major" bites, according to FWC data. 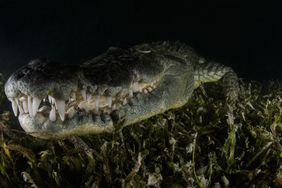 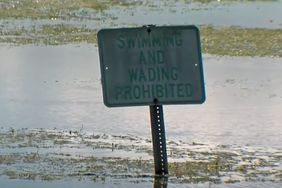 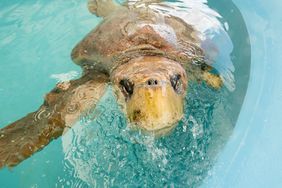 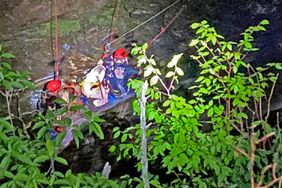 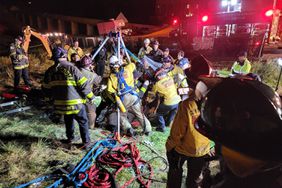