Tallmadge Wakeman D'Elia, nicknamed "Wake" by friends, died in a fire in an upstairs bedroom in his St. Petersburg, Florida, home on May 5

A 38-year-old Florida man is dead after his vape pen exploded causing a massive fire in his home.

Tallmadge Wakeman D’Elia, nicknamed “Wake” by friends, died in a fire in an upstairs bedroom in his St. Petersburg, Florida, home on May 5, according to ABC Action News.

D’Elia was hit by part of the vape pen that struck him with such force the projectile penetrated his skull and brain, according to the autopsy report confirmed to the news outlet.

He also suffered burns to about 80 percent of his body, according to the Tampa Bay Times. This is America’s first known death caused by a vape pen or e-cigarette, ABC Action News reported.

His neighbor, Dale Kleine, told Fox 6 she identified D’Elia’s body after she “saw the smoke coming out of the roof.”

“We were hoping that nobody was one but then we found out that Wake was home,” she told the outlet.

She was shaken by the death of her friend and gave a warning to anyone who used vape pens.

“Make sure that people know these things are not as safe as they think they are,” Kleine said.

The product is an unregulated mechanical vape pen, according to ABC Action News. A representative for the e-cigarette company told the outlet that their devices do not explode, saying it was likely an atomizer or a battery issue.

A report from the U.S. Fire Administration noted there were at least 195 incidents where electronic cigarettes had exploded or caught fire from 2009 to 2016, according to the Washington Post.

In that time, 133 injuries were caused, with 38 of them considered severe, the newspaper reported.

D’Elia worked at NY1 News and CNBC, later becoming a Technical Production Supervisor for Squawk Box, according to his obituary.

He is survived by his wife, Maria Lamberti, and his parents, Jennifer H. D’Elia and Christopher F. D’Elia.

Teen's Vape Explodes in His Mouth, Shattering His Jaw 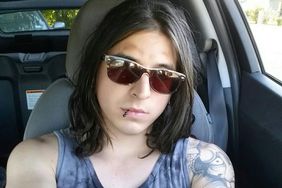 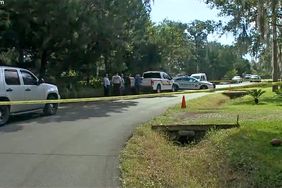