A single family of six, along with another group of four swimmers, was almost swept away by a powerful rip current in Panama City, Florida beach on July 8.

Beachgoers, who had seen the family struggle against the tide, were determined to save them and formed a human chain leading back to shore.

Roberta Ursrey, 34, was caught in a violent rip current after she entered the water trying to rescue her two sons, Noah, 11, and Stephen, 8. They had gone into the water with their boogie boards, but found themselves swimming for their lives.

“I saw that they had left their boogie boards in the water,” she tells PEOPLE. “All of a sudden they were screaming and crying and calling me. I thought, ‘Oh my God,’ and I just ran in.”

She was followed in quick succession by her husband, 31-year-old Albert, who goes by Bryan, her mother Barbara, 68, and her nephew Justin, 28.

Her daughters, Haley, 18, and Bethany, 9, remained on shore.

It was a harrowing experience for Ursrey, who fought desperately to maintain her strength as she swam against the rip current.

“Every time I tried to get to them, I kept getting sucked back,” she says. “It was like Mother Nature was playing tug-o-war with us.”

She adds, “I honestly thought I was going to die that day, and my boys were going to come with me.”

The moments in the water seems to last forever, Ursrey tells PEOPLE. Just as she was giving up hope of leaving the water alive, she says she saw something remarkably strange.

“I see people lining up, coming into the water,” she says. “I thought, ‘What in the world?’ I didn’t know what the h— they were doing.”

The human chain grew to about 80 people and stretched out over 100 yards, according to the Panama City News Herald.

The Washington Post reported there was no lifeguard on duty, and law enforcement on the scene was waiting for rescue boats.

Ursrey says she passed out soon after, the exhaustion of attempting to swim to her children, and the energy to keep herself afloat finally taking its toll.

Her husband, mother, nephew and two sons were also saved by the chain of beachgoers. Her mother remains hospitalized with a chest infection, and will be receiving a CT scan on Thursday, she tells PEOPLE.

“She just swallowed so much water. When I woke up, I heard someone say she was having a heart attack,” she says.

She adds that the experience has taught her a “newfound respect for the ocean,” but that she and her family won’t be going back into the water anytime soon.

“Eventually, we’ll go back. Mother Nature, she don’t play. She can take you when she wants to. We’re going to be extra cautious of the water in the future,” she explains. “I’m not going to let it beat me like that.”

She adds that the humanity and kindness shown to her by beachgoers continues to amaze her.

“All those people on the beach… they risked their lives to save me and my family,” she says. I’m forever grateful for it.” 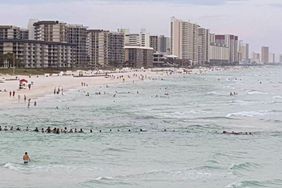 'Y'all Were My Angels': Family Rescued from Drowning After Beachgoers Formed Human Chain Speaks Out 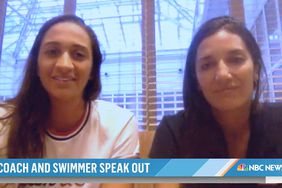 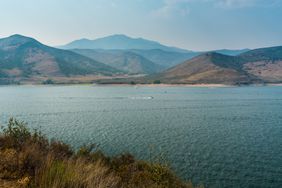 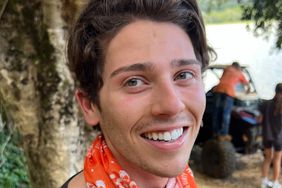 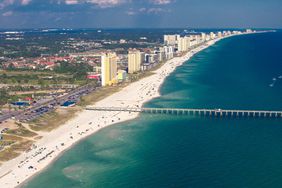 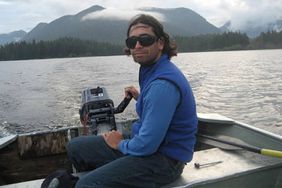 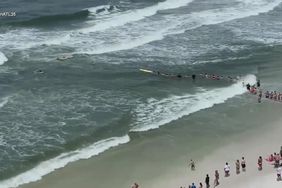 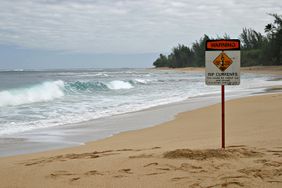 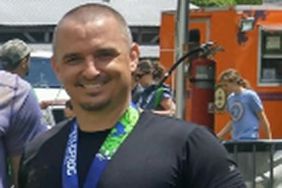