The family of Wongel Estifanos, who fell to her death while on vacation at Glenwood Caverns Adventure Park over Labor Day weekend, has filed a wrongful death lawsuit

The family of Wongel Estifanos, the 6-year-old girl who died after suffering injuries on a Colorado amusement park ride, has filed a wrongful death lawsuit.

The lawsuit was filed almost a month after the Colorado Department of Labor and Employment's Division of Oil and Public Safety released its final report regarding the incident, which found that the girl was not buckled into the attraction by ride operators at Glenwood Caverns Adventure Park.

"Wongel was killed by the extreme recklessness of Glenwood Caverns and its ride operators," attorney Dan Caplis says in a statement to PEOPLE on behalf of Wongel's grieving parents, Estifanos Dagne and Rahel Estifanos, echoing allegations in the complaint.

"Before Wongel was killed the park was repeatedly warned by terrified customers that the ride operators were not properly belting passengers into the Haunted Mine Drop," Caplis claims.

The family alleges in the lawsuit that Glenwood Caverns declined to provide the State of Colorado with written complaints made to the park about ride operators in 2018 and 2019. Caplis says the family only learned about those complaints because witnesses came forward due to the media attention surrounding Wongel's death.

Glenwood Caverns Adventure Park did not immediately respond to PEOPLE's request for comment.

The family says their nightmare began on Sept. 5, when they took their first trip together since the start of the COVID-19 pandemic. In addition to their daughter, Wongel's parents brought along her 2-year-old brother, her uncle and aunt and the couple's children.

"[Her] uncle eventually took Wongel, two of his own children, his wife and another relative onto the Haunted Mine Drop. They properly followed the directions given to them by the operators of the ride," the complaint alleges. "When the ride came to stop at the bottom of the mine shaft, Wongel's uncle checked to see whether Wongel had enjoyed the ride."

However, he was soon "stricken with terror to see that Wongel was not in her seat," per the complaint.

"Wongel's uncle then saw Wongel's battered body at the bottom of the mine shaft. Wongel had fallen to her death, suffering numerous fractures, brain injuries and internal and external lacerations," the complaint states. "As Wongel's uncle and other relatives on the ride screamed in horror and tried to get out of the ride to run to Wongel, the ride would not release them, and pulled them 110 feet back up to the top of the mine shaft."

The lawsuit cites the report from the State of Colorado investigators, who claimed that Wongel fell to her death on the ride because she was sitting on top of her two seat belts instead of wearing them across her body.

Investigators reported that an alarm system alerted ride workers of an issue and prevented the operators from dispatching the ride. The employees, who had been hired within two months prior to the accident, then "took several incorrect actions and reset the ride seatbelt monitors which allowed them to dispatch the ride," the report stated.

Unrestrained, Wongel then became separated from her seat during the 110-foot drop and fell to the bottom of the attraction's shaft, investigators said.

The report stated that the accident "was the result of multiple operator errors" and "violations of the Colorado Amusement Rides and Devices Regulations, and enforcement will be pursued."

The lawsuit goes on to reference "multiple angry and terrified customers" who had notified Glenwood Caverns of previous instances where "operators of the ride had been prepared to launch the ride before putting the seatbelts on the riders."

During one instance in July 2018, a woman reported telling Glenwood Caverns that her "cries for help" were initially ignored after she realized the operators had gone "to deploy the ride without securing the seatbelts of a teenage boy," according to the suit. The operators eventually returned to put the seatbelts on the rider and apologized to the woman, the suit says.

A human resources manager contacted the woman about her complaint, and "falsely assured the mother that the ride had a safety feature which ensured that the ride could not begin until all of the riders were restrained by seatbelts," the suit alleges.

"I know this doesn't excuse us from ensuring all belts have been secured and all guests are safe on this and all of our rides," the park wrote in their response. "I can assure you that this email will allow us to retrain and continue to assure the utmost safe operation of this ride and other aspects of the park."

"The wrongful acts causing Wongel's death constitute a felonious killing because the Defendant recklessly caused Wongel to fall 110 feet to her death," the lawsuit states.

The Estifanos family has requested a jury trial.

The Haunted Mine Drop ride, which first opened in 2017, was described in a since-deleted page on the Glenwood Caverns Park website as "the first drop ride in the world to go underground, plunging riders 110 feet inside the dark depths of Iron Mountain in what feels like a free-fall."

The ride has a passenger height requirement of 46 inches, according to the park's website. Riders of all ages — and, if they are under 18, their parent or legal guardian — must also sign a liability waiver before boarding the attraction.

In a statement previously shared with PEOPLE, Park General Manager Nancy Heard said "we are deeply saddened and ask that the family and all those impacted be remembered in your thoughts and prayers."

Family spokesperson Bementayehu Mekonnen previously told ABC News, "This is a parent's worst nightmare and something you don't wish on your worst enemy."

Mekonnen added that the Estifanos family hopes to prevent something like this from ever happening again: "Even through her death, she's going to make a difference," he remarked.

A GoFundMe has been created on her family's behalf. Those interested in donating can do so here. 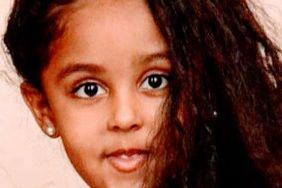 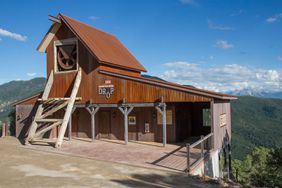 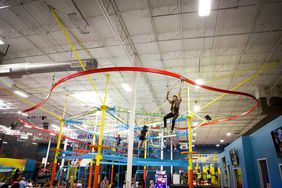