"When the son came to, all he saw was his mother lying on the floor with blood everywhere," Than Wtwe Than's family said of the incident on GoFundMe

Than Wtwe Than, a 58-year-old woman who was horrifically attacked during a robbery attempt in a New York City subway station, has died, the New York City Police Department confirms to PEOPLE.

Before her death on Wednesday, Than's family said they would donate her organs to others in need.

The announcement was made in an update to their GoFundMe page, where donors have contributed more than $48,000 to help the family pay for medical bills.

"An update on her condition, our mother/wife won't make it out of this," the family wrote on Monday. "So we have decided to donate her organs for those who are in need. I want to say thank you again to all the people who supported us through this very hard time."

According to WCBS, Than had been in a coma since the attack on July 17. She and her 22-year-old son were walking up the stairs of a subway station when a man approached them.

As the assailant tried to take the son's belongings, Than intervened and fell down the stairs, suffering a serious head injury, WCBS reported.

"A robber yanked the backpack off the son which caused him to tumble down the train station stairs," the family explained on their donation page.

"In result the fall made his mother fall with him. A botched robbery turned lethal where both were unconscious," they added.

"When the son came to, all he saw was his mother lying on the floor with blood everywhere," they added. "She was rushed to a hospital to have emergency brain surgery."

After Than was taken to a local hospital, doctors told the family that the damage to her head was so severe that she wouldn't be able to wake up.

"Eventually all her organs will shut down," they explained on GoFundMe.

The family told WABC that they moved to the U.S. from Burma three years ago.

The NYPD posted a video of the suspect on social media following the incident, saying he's wanted for attempted robbery.

In a statement to PEOPLE, the department identified the suspect as 52-year-old David Robinson. 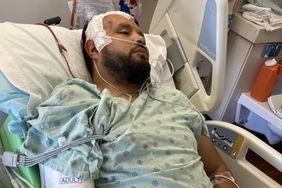 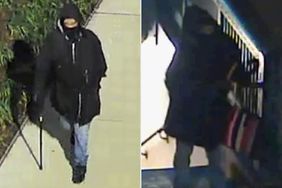 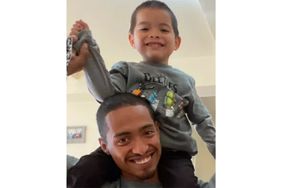