The GoFundMe for firefighter Eric Stevens has raised more than $520,000 so far

Firefighter Eric Stevens is hoping to raise awareness for a debilitating and incurable disease with which he was diagnosed just one month after his wedding day.

“You definitely don’t think about it, especially when you’re 29, and you just got married,” Stevens, of the Los Angeles Fire Department, told KTLA this week while seated next to his wife, Amanda Stevens. “What I’m thinking about is, what are we going to name our kid? Where are we going to move?”

It was in August that the now 30-year-old was diagnosed with amyotrophic lateral sclerosis, or ALS, a deadly neurological disease that slowly takes away a person’s ability to control his or her muscles.

Patients diagnosed with ALS first experience twitching or weakness in a limb, followed by slurred speech, according to the Mayo Clinic. Because the disease affects the nerve cells in the brain and spine that control muscle movement, patients slowly lose their ability to speak, eat, walk and breathe on their own.

There is currently no cure for the disease, which typically claims the lives of those who are diagnosed with it within three to five years.

While there is no cure for the disease, there are treatments and clinical trials available that may help to slow its progression.

“You’re racing against time every day, you’re just slowly deteriorating,” Stevens told KTLA with his voice trembling — a symptom of ALS. “The multiple doctors that we’ve seen, they’re sitting there telling you all these great things that are coming, but they’re stuck in these trials.”

The family started a GoFundMe page in October that has so far raised more than $520,000. They said it will be used to pay for medical costs and to raise awareness for the disease.

“My hope is to shed light on this issue and this disease and hopefully we can help motivate people in power to change that,” Stevens said in a recent video posted to his YouTube channel. “Hopefully, this will allow a new pathway for terminally ill patients to access treatments that are still in trials but are proven to be safe.”

He continued, “We need ALS patients to have access to treatment now because it can drastically reduce their suffering. Every day without treatment is a day lost.”

Long before he was trained to carry a firehose while putting his life in danger, Stevens was carrying a football as captain of the University of California, Berkeley football team, where he played from 2008 to 2012. His athletic abilities would lead him to move to St. Louis to sign with the Rams as an unrestricted free agent after his graduation.

Stevens eventually found his way back to his native Southern California, where he joined the Los Angeles Fire Department in 2015.

“Eric chose this career to have the opportunity to give back to the community that helped raise him,” a recent post on the Team Stevens Nation Instagram page reads. “Eric decided to follow in his older brothers’ footsteps and put his life on the line every day to save others. His dedication, strong work ethic, determination, and willingness to help others are what makes him a true American hero.” 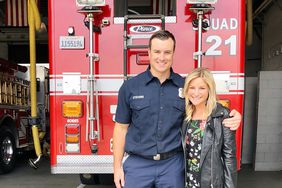 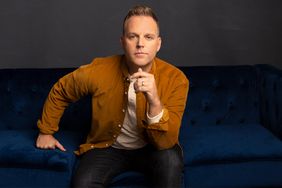 Matthew West Releases Director's Cut Music Video Inspired by Fan Who Died from ALS: 'I Was So Moved' 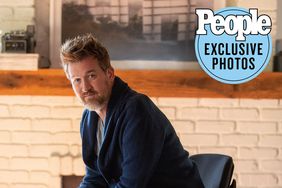 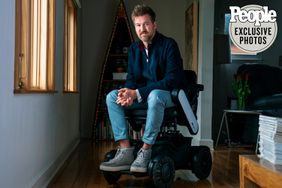