Elon Musk, one of the world's richest people, made the announcement on Twitter

Whoever takes up Elon Musk's latest challenge could be in for a financial windfall — but it would benefit everyone on the planet.

On Thursday, Musk — the founder of Tesla and SpaceX — tweeted he would donate $100 million towards a prize for designing effective carbon capture technology, with other details to come at a later date.

The announcement comes after 49-year-old Musk briefly surpassed Amazon founder Jeff Bezos as the world's richest person earlier this month. Bezos, 57, has since reclaimed the title, according to Forbes' "Real-time Billionaires List," which lists Bezos with a net worth of $191 billion, and Musk with $182 billion at the time of publication.

On Jan. 7, Musk — who recently moved to Texas — asked his followers for "critical feedback" and ways to "donate money that really make a difference."

His follow-up tweet on Thursday said, "Am donating $100M towards a prize for best carbon capture technology."

But what is "carbon capture technology," and why does Musk seem to care about it?

Controlling carbon dioxide (CO₂) levels in the atmosphere is an important step in the fight against climate change. Carbon dioxide is emitted by the burning of fossil fuels, such as coal and oil.

Plants absorb carbon dioxide from the atmosphere through a process called photosynthesis, but in the modern world, carbon dioxide is inundating the environment at a dangerous rate through the use of gasoline-dependent vehicles and the burning of wood and coal, according to the National Oceanic and Atmospheric Administration.

A large level of carbon dioxide returning to the atmosphere over the decades since the start of the Industrial Revolution has contributed to warming temperatures around the Earth.

"While carbon dioxide is less abundant and less powerful than water vapor on a molecule per molecule basis, it absorbs wavelengths of thermal energy that water vapor does not, which means it adds to the greenhouse effect in a unique way," according to the NOAA. "Increases in atmospheric carbon dioxide are responsible for about two-thirds of the total energy imbalance that is causing Earth's temperature to rise."

RELATED VIDEO: Grimes Reveals Her 5-Month-Old Son with Elon Musk Is 'Into Radical Art': 'He Just Actually Is'

If humans can devise technology that can extract, or "capture," carbon dioxide from the atmosphere, it could help in efforts to slow the climate crisis.

Musk's tweet announcing the $100 million prize garnered lots of attention over social media. Many of the replies accurately pointed out that planting trees is already a great way to naturally lower carbon dioxide in the air, though Musk — known for his game-changing Tesla electric cars and reusable SpaceX rockets — seems focused on revolutionary technology. 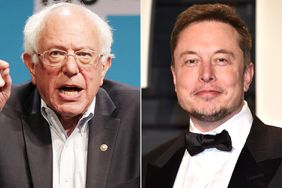 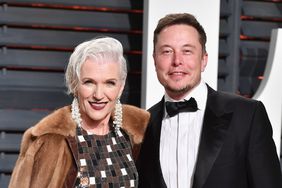 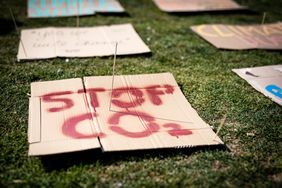 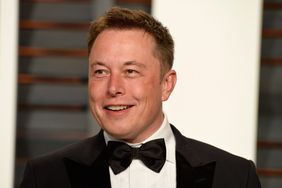 Elon Musk Plans to Cut 75 Percent of Twitter's Workforce If He Takes Over the Company: Report 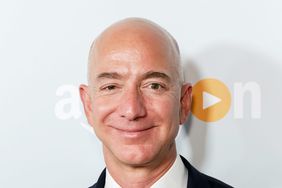