Astronomers first predicted that Apophis could get close to Earth in 2029, with another anxiety-inducing flyby scheduled for 2036

For anyone feeling anxious about the end of the world, NASA says they can remove one thing from their list of potential doomsday scenarios, for now.

The agency announced on Thursday that asteroid 99942 Apophis, which was identified in 2004, will not pose a risk to Earth for at least 100 years. When it was first discovered, scientists flagged Apophis — a name derived from the Egyptian god of chaos and destruction — as one of the most hazardous asteroids that could impact the planet in the future.

Astronomers first predicted that Apophis could come within a close distance to Earth in 2029, with another anxiety-inducing flyby scheduled for 2036. Potential impacts on those dates were eventually ruled out, but it wasn't until this month that NASA could definitively say Earth would be safe from the asteroid in the year 2068.

Asteroid Set to Fly Past Earth Looks Like It 'Remembered to Wear a Mask,' Scientist Says

"With the support of recent optical observations and additional radar observations, the uncertainty in Apophis' orbit has collapsed from hundreds of kilometers to just a handful of kilometers when projected to 2029," Farnocchia continued. "This greatly improved knowledge of its position in 2029 provides more certainty of its future motion, so we can now remove Apophis from the risk list."

According to NASA, Apophis is a relic of the solar system's early formation more than 4 billion years ago and originated in the main asteroid belt between Mars and Jupiter. It's estimated to be 1,120 feet long — about the size of three-and-a-half football fields — and would undoubtedly cause massive amounts of destruction if it hit Earth.

Forget the Eclipse, the 'Largest' Asteroid Ever Tracked by NASA Is About to Roar Past Earth

In a report cited by NPR, an impact from an asteroid of Apophis' size could kill 10 million people.

While Apophis won't hit Earth when it approaches on April 13, 2029, NASA said it will be visible to residents in the Eastern Hemisphere without the aid of a telescope or binoculars. At that point, the asteroid will be about 20,000 miles from Earth (for reference, the Moon is about 238,900 miles from Earth).

Farnocchia said he is excited to continue studying Apophis with the added comfort that it poses no threat to Earth for now.

"When I started working with asteroids after college, Apophis was the poster child for hazardous asteroids," Farnocchia said in the statement.

"There's a certain sense of satisfaction to see it removed from the risk list," he added, "and we're looking forward to the science we might uncover during its close approach in 2029." 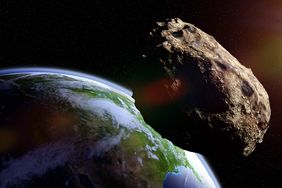 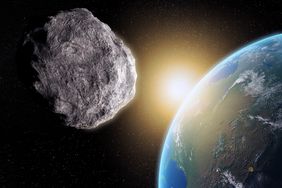 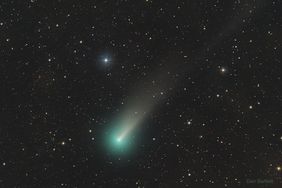 The Ultimate Space Guide to Comet Leonard: When and How to Watch 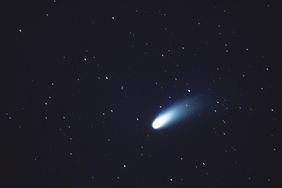 Forget the Eclipse, the 'Largest' Asteroid Ever Tracked by NASA Is About to Roar Past Earth 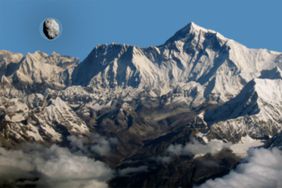 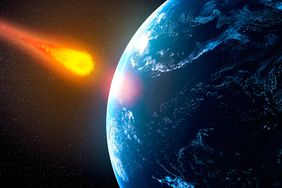 NASA Says an Asteroid Is Projected to Head Towards Earth a Day Before Nov. 3 Election 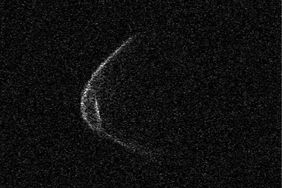 Asteroid Set to Fly Past Earth Looks Like It 'Remembered to Wear a Mask,' Scientist Says

If An Asteroid Threatens Earth, Tom Gehrels Will Sound the Alarm 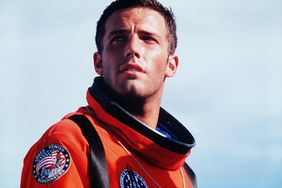 Straight Out of 'Armageddon' : NASA Tests Asteroid Impact Before Crashing Spacecraft Into One

Just Like the Movie, a Young Scientist Predicts An L.a. Earthquake