DNA Test Leads Man to Biological Parents He Thought Died 50 Years Ago: 'It Was Surreal'

For almost all of his life, Kirk Kellerhals struggled with his identity.

The 50-year-old from Norfolk, Virginia was adopted by an Army captain and his wife shortly after Kellerhals was born in Vietnam during the Vietnam War. At the time, both Kellerhals and his adoptive parents believed his biological mother and father had died.

Kellerhals — who has dark hair and tanned skin — says he was mistaken for a variety of ethnicities and called “every derogatory term you can think of” while growing up. Though he knew he was half-Vietnamese, the complete picture of his background remained a mystery to him.

That was until two years ago when, at the urging of his wife, Kellerhals took a DNA test through Family Tree DNA to get to the bottom of his ethnicity. Yet, he never anticipated the way his life was about to change.

“I decided what the heck, let’s just go put the controversy to rest and we’ll figure out where I’m from. So, I went ahead and submitted the DNA test,” he recalls. “I knew when I submitted it that there might be a chance I might find a zip code or somebody that’s my cousin. That’s all I was expecting, if anything at all, but I wasn’t expecting to find anything.”

About four weeks later, an email from an unfamiliar name appeared in his inbox.

Mom Learns Her 2 Adopted Kids Are Biological Siblings: ‘They Were Meant to Find Each Other’

“The named seemed African and I’d figured it was just a scam, so I didn’t even bother opening it,” says Kellerhals, who has three sons and a step-daughter.

He left the message unread until a few minutes later, when he received an email from Family Tree DNA.

“It was a notification that there was some[one] matching my DNA,” he explains. “When I opened it, I saw it was the same name as the person who sent me the email prior to that. That’s when it dawned on me, ‘Oh my gosh. This is a Vietnamese name.’ I was freaking out.”

Kellerhals went to open the email from the stranger, and in it, he found a phone number.

Not long after, Kellerhals was talking to the mother he long thought was dead.

“It was surreal,” Kellerhals says of the moment. “It’s one of those things, it’s one of the few times in my life where I actually had to sit down, and catch my breath, and try to realize that I wasn’t dreaming.”

His mother, Thuy-Nga Thi Nibblett, 67, explained that her parents were enraged when she became pregnant, especially considering it was with an American soldier. They then did everything they could to erase him from their daughter’s life.

“My birth father left Vietnam before my mother even realized that she was pregnant and had a chance to tell him,” Kellerhals says. “There were all sorts of circumstances where they weren’t able to get in touch with each other because her family changed her name, and destroyed any records of him, or any contact information he had given her.”

Against Nibblett’s knowledge, her parents sent Kellerhals to an orphanage shortly after he was born. She then moved to the United States in 1971 and searched for her son for nearly five decades.

But Nibblett had more earth-rattling news for Kellerhals: his biological father, Sheldon “Skip” Soule, 76, was alive and living in New York.

Meet the HGTV Star (and Father of Six!) Who Adopted Four Children with Special Needs

Kellerhals and his parents reunited soon after the discovery. Since then, he’s also gotten to know his many other siblings from both parents’ sides.

“My family has grown exponentially. It’s been really hard to understand and get your mind wrapped around it,” Kellerhals says, adding that the DNA test revealed he is part British, Scandinavian and Portuguese-Jewish diaspora.

“I’m not going to pretend like it was all puppies and rainbows — it was stressful trying to process everything,” he says. “The end result is it’s definitely a blessing. It was a blessing for everyone.”

And though there is a 50-year gap between the last time mother and son were together, Kellerhals says meeting Nibblett again felt like they were never apart.

“When we talked, the parental bond felt so natural,” he recalls. “You can’t put it in words. From the very first conversation we had, it ended with, ‘I love you.’ “ 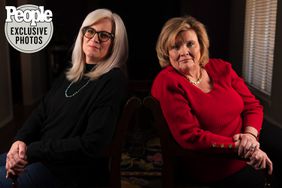 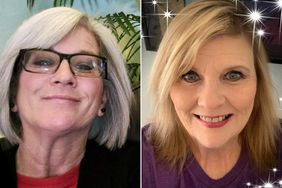 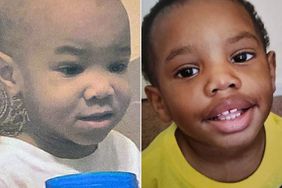 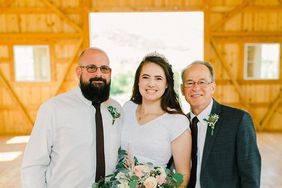 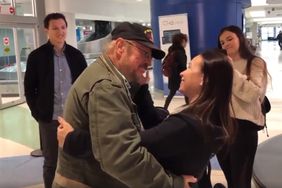