Couple Inspired to Open Orphanages in India After Losing Their Daughter: 'We Were Going to Be Better Through the Pain'

In the spring of 2010, Melissa Hinnant was about five months into her pregnancy when she was given the devastating news that without surgical intervention, she would give birth to her daughter within 24 hours.

She was rushed into emergency surgery and told she would have to spend the rest of her pregnancy confined to bed rest in the hospital. But two weeks later, doctors could no longer stop the labor and she lost the baby, whose lungs weren’t developed enough to breathe.

“We went through a very, very painful time,” Melissa tells PEOPLE. “But I remember [my husband] Rick looking at me, and he said we have a choice to make. He said we can either be mad at God and wonder why these things happen, or we can choose to believe there’s a bigger plan here. There’s some purpose, some reason – and something good is going to come out of this.”

To cope with the pain, Melissa started sewing during her days at the hospital. Her love for sewing grew, and in the fall of 2011, she made her first pair of lace leg warmers.

“Everywhere I wore them, people would ask me where I got them,” recalls Melissa. “So I put them up online, and within 48 hours we had over 400 requests for them!”

Melissa, 36, and Rick, 42, enlisted the help of friends and family and soon enough, the Grace & Lace business was born. At first, they worked out of their garage, but as business boomed, the manufacturing was moved into a warehouse.

In 2012, the couple found out they were going to appear on ABC’s Shark Tank.

Once they realized what a success the company was, Melissa and Rick decided they wanted to wrap it around a cause they were passionate about. They partnered with Angel House, an organization that aims to give abandoned children in India a home.

Melissa had originally spent a summer volunteering in India when she was 18 and left the country after her trip knowing that she wanted to do something more. Years later, when she reconnected with a few of her fellow volunteers, she found out about Angel House.

“When I found out my friends were doing this, it just lined up and I said, ‘This is it, we’re supposed to link our business to this,’ ” says Melissa. “And right then and there we committed that a portion of our proceeds would go to Angel House, towards funding and building orphanages from the ground up.”

By the summer of 2014, Melissa and Rick had built two orphanages in remote areas of India, taking 100 orphans off the street and supplying them with mattresses to sleep on, fresh water, three meals a day, house parents and a private school education – plus Grace & Lace socks for the girls, to match their new school uniforms.

“Melissa and Rick really are heroes to us,” says Lindsay Russo, who founded Angel House in 2010 with her husband Dominic. “Because of their generosity, these kids went from living in the slums, fending for their lives every single day, to living in a home with parents to take care of them – they’re thriving in this home because of Melissa and Rick’s decision to give back.”

Melissa and Rick have since helped open seven orphanages in total and a freedom home in Nepal that saves women from the human trafficking industry – and eventually hope to open over 100. With five set for 2016 and plans to add more each year, they are well on their way towards achieving their goal.

“We love our kids, they’re always in our arms, but the kids there, they’ve never really been hugged or shown love,” explains Rick. “So we would teach them how to hug, and then they would latch onto you and they wouldn’t let go. That just rocked me.”

Not only have they contributed directly to Angel House, but Melissa and Rick have also inspired others to do the same.

“We now have eight people that have committed to building homes in India because of Melissa and Rick,” says Russo. “So it’s not just the homes they’ve built, but it’s the influence they’ve had on others.”

“To have things turn out in a way that you don’t want them to is really difficult,” says Rick of their tragedy. “But we told ourselves that somehow, someway, we were going to be better through the pain. And we weren’t better by day one, but we had a choice to make. We can be strong and we can help others.” 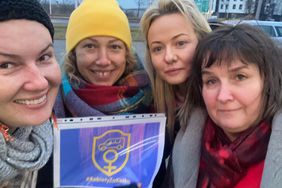 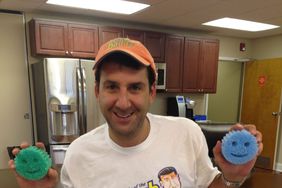 The Stories Behind 'Shark Tank' 's Most Successful Products Ever — and How Much They're Worth Now! 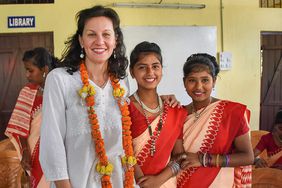 Caroline Boudreaux Quits Her Corporate Job to Help Orphans in India: 'I Now Have Everything Money Can't Buy' 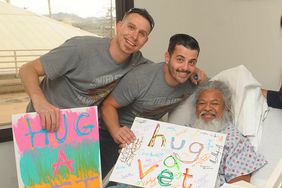 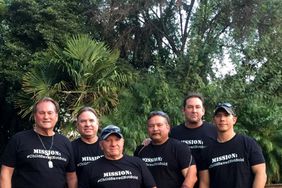 An Unbearable Loss, a New Hope 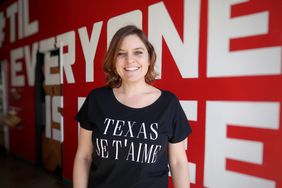 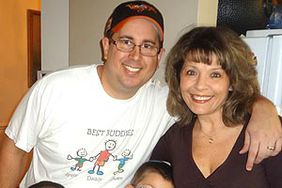