Shileshia and Erik Milligan say their adoption journey has been filled with difficulties, but want to inspire others to continue theirs despite the obstacles

Though Shileshia and Erik Milligan are still waiting for their adoption match, they want to encourage other couples with dreams of bringing home a child not to lose hope when times are challenging.

"It is a process where you basically make yourself vulnerable to have your heart broken repeatedly in the hopes that in the end it will be mended with another person and their family for a lifetime," Shileshia, from Madison, Alabama, said in an emotional post on PairTree, an adoption source that matches prospective parents with birth mothers.

The couple started their private adoption journey two years ago when Shileshia discovered she had difficulties with fertility. After completing the necessary steps to prove they would be suitable parents, such as a process called "home study," Shileshia and Erik set their sights on providing a home to a newborn in need of a family.

In the United States, there is no shortage of children in need of homes. According to the Congressional Coalition on Adoption Institute, nearly 424,000 children in the country are living in the foster care system, and over 122,000 of them are eligible for adoption. On average, they'll wait four years for an adoptive family.

But one of the couple's first experiences revealed the adoption process was likely going to be more complicated than they anticipated.

After deciding to adopt, Shileshia and Erik joined Facebook groups where dozens of hopeful couples could try to match with birth parents. Soon enough, they were contacted by a 16-year-old teenager who said she was pregnant and looking to find adoptive parents for her child. Shileshia immediately contacted an adoption lawyer to see what they could do.

"They talked for a couple of hours and she basically gave him the story that she told us. Like, she had been abused by her stepdad, and she was pregnant, and she didn't want the baby," Shileshia, 39, recalls. "She was wanting to place the baby, but she didn't have anybody to help her or support her. Her mom was dead. Her brother was in jail and she had to get away from her stepdad because he was abusive. I mean, she really sold it to the point where our lawyer was like, 'Man, it sounds like this girl's really in trouble.'"

The lawyer, wanting to get the teenager out of an abusive situation, sent a support group to help her escape her stepfather and get her to a safe house. But soon after doing so, they discovered the teenager wasn't who she said she was, nor was she expecting a child.

"After some counselors talked to her and investigators talked to her, found out she wasn't really pregnant," Shileshia recalls of the incident in August 2020. "She was saying she was 16. She was really 19."

"You turn right around and you find out, well, this is a scam," adds Erik, 52, who has three children from a previous relationship. "Not only that but she's done this before... The emotional rollercoaster of the up and the down, you're frustrated, and of course, there's nothing you can do about it."

A few weeks later, the couple got their hopes up again when they were contacted by someone at PairTree who said they had a potential match in a woman who had a girl due in November. Shileshia and Erik spent hours video calling with the woman, who said she was deciding between them and another couple.

They kept in communication for weeks, and Erik and Shileshia even got to the point they helped her pay for rent, utilities, and clothes. But the woman remained indecisive, all the way up until the birth of her baby girl, who tested positive for THC, a chemical in marijuana, shortly after being born.

RELATED VIDEO: Man Surprises Stepchildren with Adoption Documents After Raising Them For 18 Years

Shileshia says because Child Services knew there was an adoption plan in place, they decided to let it move forward — until a minister the birth mother had been in contact with stepped in and said they would take responsibility for her and the child.

That meant Shileshia and Erik would have to, once again, wait for the right match.

"You get fully invested emotionally as well as financially," Shileshia says. "Then at the end, it's like, if it doesn't pan out, it's like a really bad breakup. It's like a divorce, almost."

Today, the couple is still holding out hope that the perfect opportunity will come along. But they want other couples who are going through similar obstacles to know the fight and struggles will be worth it.

"It's easy to get discouraged that you see all these other people succeeding and having success and you're not," says Erik. "Even when you see the success, take courage from that, but don't think that your success has to look exactly like theirs. It may have happened to them in three weeks, and you may be in already three months." 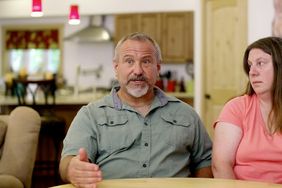 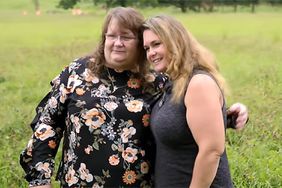