Daddy-Daughter 'You've Got a Friend in Me' Duet Captures Hearts of 89 Million Viewers (and Counting!): 'We Love Music'

Is this the best daddy-daughter duet ever?

Dave Crosby, 29, and his daughter Claire, 4, teamed up to perform a heartwarming rendition of Randy Newman’s “You’ve Got a Friend in Me” that has been viewed over 89 million times on Facebook.

“We love music,” Dave, a creative director at Autel Robotics, tells PEOPLE. “Music really is powerful and we love the emotion that it can bring to any setting. Claire especially just has so much emotion in her when she sings, and she is pretty much always like that. You can tell she just feels something when she sings, and its so fun to let others experience that with her.”

“I like singing with my dad!” adds Claire. “I like that he makes cool music videos for us to watch together.”

Dave posts videos of his daughter singing on his YouTube channel, Claire and the Crosbys, where they have a large following. But the father never expected the “You’ve Got a Friend in Me” spot to reach so many people.

“We do weekly videos on our YouTube channel and this was one we put on the channel after a busy week with not a lot of time to spare. We’ve done a lot of ‘production type’ videos that haven’t been even close to as popular,” he says. “Looking back, I can see that this video shows a casual moment between dad and daughter and I think people must appreciate the authenticity that it brings. Plus you can get an idea of the emotion and toe wiggling that goes on when we play together!”

Claire’s mother, Ashley Crosby, says the two “sing together as often as possible.”

“It’s always part of their bedtime routine though,” Ashley, 26, tells PEOPLE. “We love to fill up our home with good music and if it can bring joy to others then we love that too!”

And it’s no wonder Claire’s got a serious set of pipes — her mom says she started “singing as soon as she could talk.”

“We noticed when she was 2 that she could sing on pitch pretty well. She memorizes lyrics quickly, but she also just makes up songs as she goes along with her day,” says Ashley, also mother to Claire’s 2-year-old brother Carson. “Dave has been a musician since his pre-teen years, so having a daughter who enjoys music as much as he does is so much fun.”

Despite her impressive musical talent, the 4-year-old isn’t committing to a career in entertainment just quite yet.

“I’d like to be a scientist or a nurse,” she says. 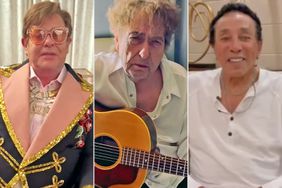 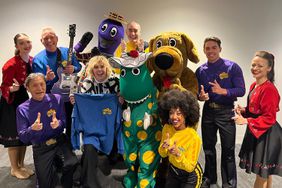