When it came to preparing for their future together, a New Jersey couple went back to the very start.

Jennifer Sudol and Chris Gash were high school freshmen when they first noticed each other while at their lockers at Clifton High School in New Jersey. It was 1989, a gallon of gas was 97 cents, George H.W. Bush was just inaugurated as president of the United States, and smartphones and social media were still many years away. So instead of being able to randomly “like” a photo or write a flirty comment on social media, the two connected when friends caught word of their mutual interest and gave them each other’s home phone numbers.

The two soon started dating, but they broke up a year later.

“It was a pretty horrible teenage relationship,” Jennifer says while laughing. “Then throughout high school, he’d call me, we’d hang out a couple times, and then he’d disappear. That went on for a while.”

“We were in situations we didn’t want to be in, and we were both equally, I think, unhappy,” Jennifer says. “We started emailing each other more frequently, and then I think, for each of us, there was a turning point where we just kind of realized we both couldn’t be in the situations we were in.”

As time passed and their relationships ended, Jennifer and Chris, 43, started spending more time together. When he finally made a move in September 2016—kissing her outside of a movie theater—Jennifer says she wasn’t eager to jump back into a relationship with him.

“He had broken my heart so many times over the course of 29 years,” she says. “But from then, it just became a runaway train. He came to my job, and kind of laid out everything for me, and then it was like, ‘Okay. Alright. We’re grown-ups now, and it’s different.’ ”

The two became engaged when Chris surprised Jennifer with a trip to Tiffany’s to pick out a ring, and over the last year, they started planning where they would have the ceremony. Naturally, they picked a spot that was meaningful to their story: the hallway where they first laid eyes on each other in high school. With Clifton Mayor James Anzaldi in attendance to officiate, the two showed up with their children and a few friends and family members on Saturday, March 10, to make their union official.

Jennifer says she hopes other people become inspired to contact “the one who got away” and take a chance at happiness.

“I hope someone reads this and picks up the phone and calls someone,” she says. “I hope they call that person or realize they shouldn’t stay in a miserable situation. They can have hope that there are happy endings for people.” 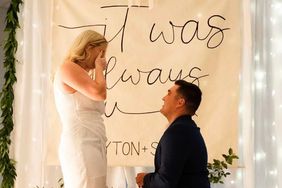 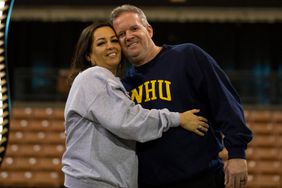 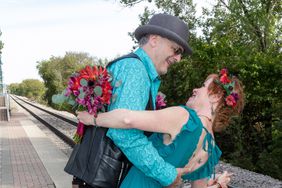 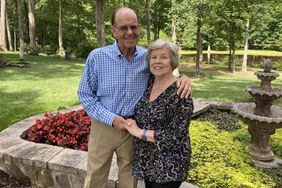 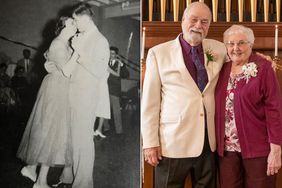 High School Sweethearts Wed After 63 Years Apart: I'd 'Been Praying God Would Help Me Find Him' 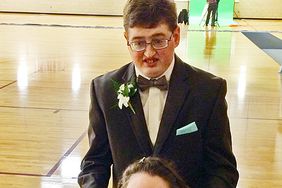 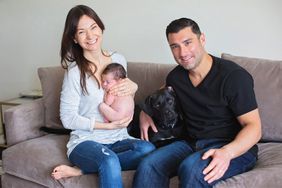