Couple Marries in 'Unbelievable' Wedding During NYC Blackout: They Made 'Lemonade Out of Lemons'

Amy Rosenthal walked down the aisle and grabbed Craig Silverstein’s hand as both prepared to say their “I dos” at New York City’s Plaza Hotel on Saturday. Suddenly, everything went dark.

The bride and groom’s wedding hit a snag when a massive power outage left parts of New York City in darkness. Manhattan’s Midtown and Upper West Side were dark for several hours Saturday night, with the power outage affecting about 72,000 people, Con Edison announced.

But that didn’t stop Rosenthal and Silverstein from tying the knot, reports the New York Times.

“A lot of people thought it was on purpose, like some kind of mood-lighting situation,” Justin Rosenthal, Amy’s brother, told the newspaper. “You know how like at concerts people pull out their cellphones? That’s what happened.”

They used the light from attendees’ smartphones along with the wedding photographer’s light stand to continue the ceremony, according to the Times. During the reception, the band made due using only the saxophone, trumpet and violin, working without instruments that required power.

“It was unbelievable,” Amy, 32, told the Times. “Everyone stepped up and were doing everything in their power to make the night a special one.”

Couple Marries in Hospital to Honor Groom’s 100-Year-Old Grandmother: ‘This Was Just for Her’

Emma G. Fitzsimmons, a transit reporter for the Times, shared a Twitter photo of the newlyweds sharing a kiss in the middle of a dark 5th Avenue. With that, friends of the couple chimed in.

“That’s my friends and yes the wedding definitely did not go as planned but WOW did people step up and make it incredible,” one user, Irene Shulman Palmeri, tweeted. “Beautiful bride and groom, amazing flowers, entire wedding singing to help the band since they [had] no mics, and they danced the night away.”

Another person wrote, “When your friends’ wedding gets hit by a blackout and everyone rallies to make it epic…”

The couple’s loved ones weren’t the only people stunned by the celebration.

“Yay Amy & Craig!!! Truly the best wedding ever! That’s how you make lemonade out of lemons :),” a Twitter user wrote.

Another added: “I love this. Life is unpredictable and doesn’t always go as planned. Surround yourself with people who dance through it rather then dwell on it.”

The power outage started around 7 p.m. and lasted for hours. Coincidentally, it came on the 42nd anniversary of the 1977 blackout, in which the city was left without power for 25 hours.

Traffic was disrupted and several subway lines experienced delays during the blackout, according to the Metropolitan Transportation Authority. Many commuters relied on buses and officials set up backup generators throughout the city. 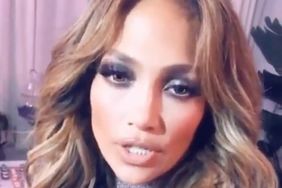 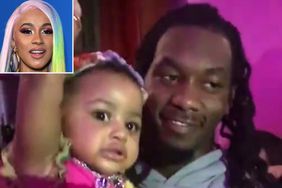 Cardi B Celebrates Daughter Kulture's 1st Birthday Party Amid N.Y.C. Blackout: 'Y'all Made It Lit' 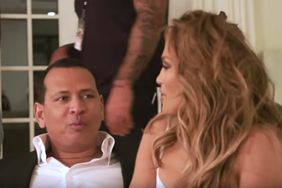