"We were desperate," Hemsworth says of dieting for In the Heart of the Sea

Chris Hemsworth admits that having to lose so much weight for his new film In the Heart of the Sea took a toll – not only on his body, but also his mind.

The actor, 32, who recently shared a photo of his frail frame during filming, told Good Morning America on Monday the experience of dropping 33 lbs. in four weeks for the movie was infinitely more difficult than gaining the same amount of weight for Thor.

“The gaining is fine, you just eat a lot and you lift weights but that was underfed, which led to a pretty moody existence and inconsistent emotions,” he said.

The former Sexiest Man Alive said his diet of about 500 calories a day included boiled eggs, salads and “nothing much.”

“You play all sorts of games – if I eat this maybe I don’t eat that,” he said. “The insanity is nuts.”

But Hemsworth also revealed the restricted diet led him to better capture his character, Owen Chase, one of the men who spends 90 days stranded at sea after a massive whale destroys their ship – a true story that inspired Herman Melville’s novel Moby Dick.

“In order to do it justice, the story, we had to suffer in some way and we did,” he said. “In other words, not a whole lot of acting was required. We were desperate.”

In the Heart of the Sea hits theaters Dec. 11. 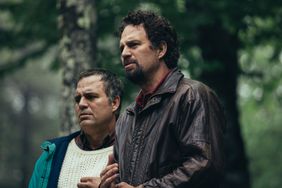