"Chris Cline built an empire and on every occasion was always there to give," tweeted his friend Jim Justice, the West Virginia governor

The helicopter carrying 60-year-old Cline and the others smashed into the water shortly after leaving Grand Cay, an island in the Bahamas, The New York Times reported. The group was headed for Fort Lauderdale.

All aboard died, according to CBS News. The other victims’ identities had not yet been formally confirmed by authorities, but a statement shared with PEOPLE from the Cline family said that another victim of the crash was Cline’s daughter Kameron Cline.

Chris, his family said, “was one of West Virginia’s strongest sons, an American original, full of grit, integrity, intelligence and humor, a testament that our hopes and dreams are achievable when we believe and commit ourselves to action.”

A spokesman for the family of 21-year-old Brittney Searson, a friend of Kameron’s, confirmed to PEOPLE that Searson was also among the victims.

The group had set out for Florida because of a possible illness, according to the Beckley Register-Herald, citing friends’ accounts.

The cause of the crash was unclear but an investigation was underway, according to the Associated Press. However, police told the outlet that it appeared there was no distress call before the helicopter went down.

The crash was first reported to authorities about 5 p.m. Thursday, according to the Times. (A spokeswoman for the Royal Bahamas Police Force did not immediately respond to questions from PEOPLE.)

Chris, whose net worth was $1.8 billion, according to Forbes, was remembered as a generous and enterprising spirit.

His 61st birthday would have been on Friday, according to the Times.

“Today we lost a WV superstar and I lost a very close friend,” West Virginia’s governor, Jim Justice, wrote on Twitter Thursday. “Our families go back to the beginning of the Cline empire – Pioneer Fuel. Chris Cline built an empire and on every occasion was always there to give. What a wonderful, loving, and giving man.”

“I just love him with all my soul,” Justice told the Register-Herald. “People couldn’t even imagine this.”

Chris, a native of Beckley, West Virginia, began working in the state’s coal mines at age 22, according to CNN. He later founded the Cline Group and Foresight Energy, both in the mining and energy industries. In 2015, he sold a stake in the latter for $1.4 billion, according to Forbes.

“The entire Marshall community is in disbelief and shock over the sad news of this tragic accident that took the life of a prominent Son of Marshall and so many others,” University President Jerome A. Gilbert said in a statement, according to CBS. “Our hearts are heavy. Chris’s generosity to our research and athletics programs has made a mark on Marshall University and our students for many years to come. I am praying for his family.”

“Chris is a father and very low-key,” a source close to him previously told PEOPLE. “He travels for business and has a home in West Virginia. He has a very diversified life and is always busy with something.”

She and Chris first met in 2011 when she bought a property next to his in Florida, PEOPLE reported in 2014. They traveled together to Haiti on a church mission in 2012 and she did work with the child-welfare organization Place of Hope after he introduced her to it.

In an interview with PEOPLE in 2014, Nordegren, 39, demurred on her relationship with Chris saying only, “Chris and I, since we’ve been close, have decided not to talk about [it].”

Bartow Jones was a business partner of Chris’, and says Chris was a fierce competitor — both in business and in fun and games — who intentionally blurred the professional and personal in his many friendships.

“He balanced it in a way by co-mingling them,” says Jones, who with his wife and three kids had visited Chris’ West Virginia home, on which he had a large lake on which to water ski and ride Wave Runners, a half-mile go-kart track with more than a half-dozen gas-fueled racers, and an air-conditioned stable as a base for horseback riding.

In addition, “he had a great paintball course, and he would teach the kids to play paintball,” says Jones. “He would challenge the kids, but he didn’t have a gun … it was more ‘hunt’ than anything else, but the kids loved it.”

“Chris had a lot of success and had been to a lot of places,” says Jones, “but what he liked to do for fun never changed.”

“He’s a remarkable man who took what he learned growing up … and took on the world and did it with confidence,” says Jones. Upon learning of Chris’ financial gifts over the years to West Virginia University and Marshall University, “It didn’t surprise me that his philanthropy was focused on West Virginia,” he says. “He was very proud of where he came from.”

“His success should be inspirational,” says Jones. “One level of success made him believe in the next level, and anybody from West Virginia, or anybody from any small town, should find that inspiring.” 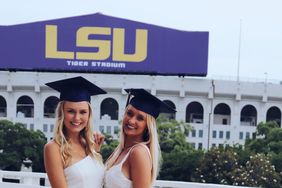 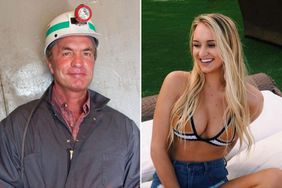 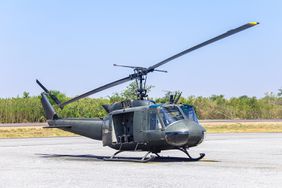 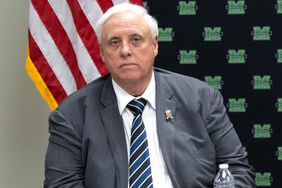 'A Big Deal to Him': W. Va. Governor Angrily Withdraws from Trying to Moonlight as a Boys' Basketball Coach 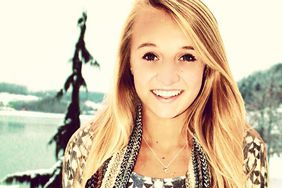