See the latest star transformations – and vote for your favorites

For her role as a scorned superhero in the comedy Super Ex-Girlfriend, Uma Thurman turned to the dark side, covering her blonde locks with a brown wig (right, in New York City on Oct. 18).

Kirsten Dunst, who usually keeps her bouncy blonde hair cropped above her shoulders, tried out a longer look (via extensions) in Los Angeles recently.

After going back to her blonde roots, Mandy Moore – who gets "bored easily" with one hair color – revealed she's a brunette again in L.A. on Oct. 30.

Natural redhead Lindsay Lohan, who went platinum blonde earlier this year, hit the bottle again – this time to darken her locks to a deep chocolate brown (in Los Angeles on Oct. 20).

Tara Reid debuted a sassy shorter hairstyle while getting a jump on her holiday shopping in West Hollywood on Thursday.

Rock 'n' roll mama Sharon Osbourne has traded in her spiky burgundy locks for a honey-colored bob, which she showed off in London recently.

Out in Los Angeles on Dec. 10, formerly long-tressed songstress Amerie showed off a new do: a chin-length bob with dramatic sideswept bangs.

She's known for her brunette locks, but in Chicago recently, Alanis Morissette looked on the bright side with a new blonde do.

Hilary Duff stars in a Cinderella Story of her own, transforming her flaxen tresses to chocolate locks.

Longtime blonde Alicia Silverstone stepped over to the dark side recently, shading her hair a sultry brown for a Beverly Hills gala. 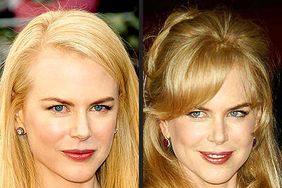 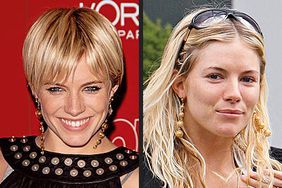