Celebrities mourned the death of Stephen Hawking on Wednesday, writing heartfelt tributes to the world-renowned physicist on social media overnight and in the early morning hours.

Hawking — whose life was adapted into the 2014 film The Theory of Everything — died in his home, his children, Lucy, Robert and Tim, and first wife Jane said in a statement given to The Guardian. He was 76.

Eddie Redmayne, who won an Oscar for playing Hawking in The Theory of Everything, and Benedict Cumberbatch, who played Hawking in the 2004 television movie Hawking, were among the stars and prominent figures who first expressed their condolences.

“We have lost a truly beautiful mind, an astonishing scientist and the funniest man I have ever had the pleasure to meet. My love and thoughts are with his extraordinary family,” Redmayne, 36, told PEOPLE in a statement.

Cumberbatch told PEOPLE in a statement that he was “so sad” to hear of Hawking’s death, sending “heartfelt love and condolences to all his family and colleagues.”

“I feel so lucky to have known such a truly great man who’s profundity was found both in his work and the communication of that work. Both in person and in books,” the Doctor Strange actor, 41, continued. “He virtually created the publishing genre of popular science. A heroic feat to bring the wondrous complexities of the universe to all outside of specialists in this field. But truly courageous when considering it was achieved by a man who lived a life trapped in his body from the age of 21 when he was diagnosed with motor neurone disease. His support of the sciences, art, education and the NHS and charities such as the MND foundation will also live on as will his wickedly funny sense of humor.”

He added: “I will miss our margaritas but will raise one to the stars to celebrate your life and the light of understanding you shone so brightly on them for the rest of us. You were and are a true inspiration for me and for millions around the world. Thank you.”

Hawkings’ ex-wife, Jane Wilde, who was married to the renowned physicist from 1965 until their divorce in 1995, said she is “deeply saddened by the news of the death,” according to the BBC.

“I am glad to be able to say that he died peacefully in the comfort of his own home,” she said. “The peace that he has found is well-earned after such an extraordinary and courageous life, but we shall feel his loss keenly for a long time.”

“Stephen Hawking’s historic breakthroughs in science advanced humanity’s understanding of the universe even as the extraordinarily courageous life he led inspired us all,” wrote Gore. “He will be greatly missed and will never be forgotten.”

Said deGrasse Tyson: “His passing has left an intellectual vacuum in his wake. But it’s not empty. Think of it as a kind of vacuum energy permeating the fabric of spacetime that defies measure”

Former President Barack Obama shared a photo of himself with the late Hawking, alongside the caption: “Have fun out there among the stars.”

Hawking was diagnosed with motor neurone disease at 21 years of age in 1963 and was given two years to live. As his condition worsened, Hawking gradually began to lose his ability to move, slowly being able to communicate by using a single cheek muscle that was attached to a device that allowed him to speak.

Despite his diagnosis, he continued his studies at Cambridge University and went on to change the subject of cosmology. 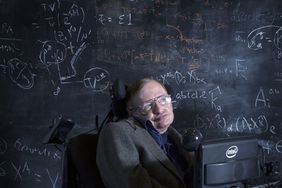 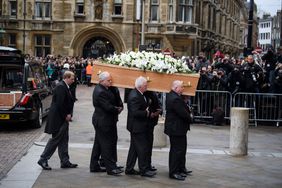 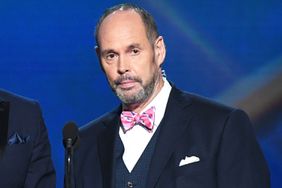 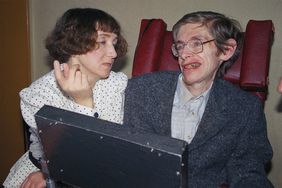 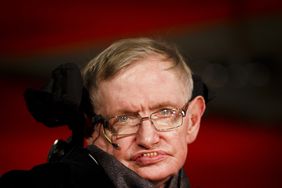 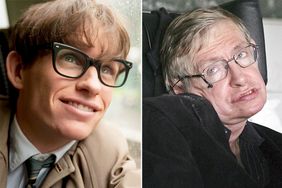