Though her musical taste runs more to Coldplay, Beyonce and 50 Cent, Kate Bosworth had no problem inhabiting the world of 1950s sweetheart Sandra Dee, the singer and actress who married Mack the Knife crooner Bobby Darin when she was only a teenager, in the movie musical Beyond the Sea.

“The thing that was most fascinating was (Dee) had this reputation of being the sort of virginesque, pure golden girl of the 1950s,” says Bosworth. “What was really going on behind that facade was much different, and she had a really dark history.” Dee struggled with alcohol addiction and an eating disorder.

Bosworth’s own history isn’t nearly as dark: The actress (who has one blue eye and one brown eye) grew up a champion equestrian in tony Darien, Conn. The daughter of Hal, a Talbots executive, and Patti, a homemaker, she was accepted to Princeton University after graduating high school but twice deferred her enrollment to pursue an acting career. Her first part came alongside another future Next Big Thing – Scarlett Johansson – in 1998’s The Horse Whisperer.

Now, Beyond the Sea director Kevin Spacey is betting that Bosworth’s girl-next-door good looks and onscreen vulnerability will make her a full-fledged star. “Whenever I hear that I’m on the brink of stardom, I feel like I want to run into a cave,” she admitted to Entertainment Weekly. “It’s a scary place to be.”

Luckily, she can share her fears with her British actor boyfriend, Orlando Bloom, 27. The couple met in the spring of 2002 while shooting a Gap ad and see each other whenever their schedules allow, despite living on separate continents: She’s based in Los Angeles, he resides in London.

Bosworth and Bloom prefer not to comment on their relationship (“I keep everything that’s private private,” she says), but they instantly shot down rumors spread by the British tabloids that they are engaged. “They are not engaged, and (Orlando) didn’t buy (Kate) a ring,” insists a publicist for the couple.

To keep her emotional balance, Bosworth (who’ll costar next with Richard Gere in the drama Bee Season) says she always follows her mother’s advice: Be true to yourself. “In this business, it’s easy for either your heart or your head to be swayed,” she says, “and I try to always stay true to who I am.” 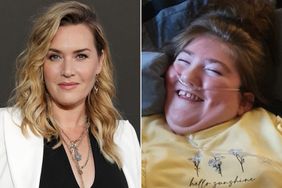 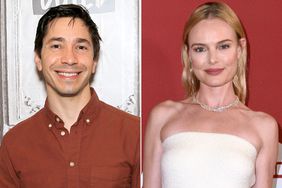