• Lauren Conrad, hanging with her Hills crew – plus boyfriend Kyle Howard – at West Hollywood’s Crown Bar. The reality star grabbed a table with Lauren "Lo" Bosworth, Frankie Delgado and Doug Reinhardt, who continued to get cozy with Amanda Bynes. Eventually L.C.and her group moved to the dancefloor, forming a circle, while Howard headed outside to chat with some guy friends. When he returned and Conrad finished dancing to songs like Madonna‘s “Holiday,” the duo reunited, sitting very close and acting affectionate.

• Also at Crown Bar that night: Hayden Panettiere, who made a brief appearance, but mostly was interested in texting people on her phone. 90210‘s AnnaLynne McCord hung out by the dance floor, and Joel and Benji Madden dropped in to chat with friends.

• Mariah Carey, hanging out with Nick Cannon following her performance on the Grammy Award nomination special.The singer and her hubby headed to Club Nokia for the official afterparty, celebrating the Grammy Museum’s grand opening. And while Carey was low-key, her husband was possibly the most enthusiastic guest at the party. An onlooker says he could barely stay seated (in the VIP section) during a performance by The Time, snapping along and mouthing all the words. Later in the show, Cannon put his arms around his wife and serenaded her, singing along with the band to their song “Gigolos Get Lonely Too.” Nearby, Janet Jackson, in a tuxedo-like outfit, stuck close to Jermaine Dupri.

• While in New York, Britney Spears shared a family outing at FAO Schwarz. The pop star took sons, Jayden, 2, and Preston, 3, along with her mother and father, to the store to scout out toy cars by Bruder. According to a source, the toy piano was a big hit for the family.

• Also doing some shopping: a solo Lindsay Lohan at the Apple store at The Grove in Los Angeles, where she picked up a new iPod.

• By JENNIFER GARCIA and EUNICE OH

Want to see where the celebrity action goes down? Tour all the Celebrity Hot Spots. 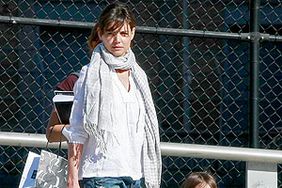 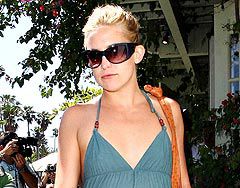 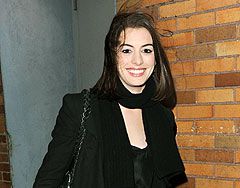 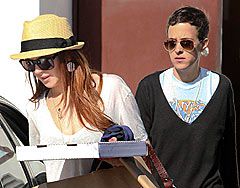 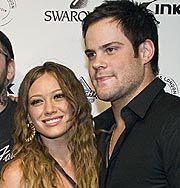 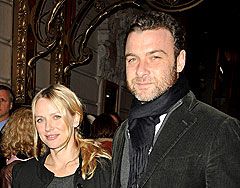