Carmen Carrera, 36, gained national popularity when she appeared on Season 3 of Rupaul's Drag Race, then made national headlines when she was signed to supermodel agency Elite and became the subject of a petition for Victoria's Secret to cast her in their runway show. The transgender actress and model used that spotlight to advocate for change, and now stars in her first leading role in the anthology film Trans Los Angeles, which recently premiered at the Los Angeles Latino International Film Festival. As part of PEOPLE's Voices for Change series, Carrera recounts her journey from discovering LGBTQ culture in New York City's Greenwich Village to transitioning in the harsh public eye and uplifting other LGBTQ voices through her marketing agency CC3 Entertainment. Below is her story, as told to PEOPLE.

I waited to talk about my gender and my sexuality until I graduated high school, because it was important to my family. As a little kid, I just always thought, "Why does society have to tell me to be a certain way?" I felt that I was more on the feminine side, but I was very grounded in a sense of reality for my physical body and what it was. I thought, "I feel like I'm trans," but I didn't know what that meant, and I didn't really know how to go about transitioning.

I grew up in a really small town, and throughout high school, I was trying to just find my safety versus actually being open and expressive and owning my identities. I wanted to go out and explore and find people like me because the examples that I would see on TV, I didn't identify with that either. So, I said, "Okay, I need to leave."

In New York City, I started in the Village: Christopher Street and the Pier. Every weekend was like a block party. There were herds of LGBTQ people that would walk up and down from the Pier all the way to West 4th Street. There were so many people that would gather and I'm just like, "What is this? How did I not know this existed? This is insane."

I became obsessed; I would only think about going out there and just trying to find my way. I would literally go shopping for an amazing outfit just to go to the Pier, and pay the $16 toll to drive in from Jersey. It was a culture shock, because I wasn't used to people being so free and open. I just thought, "Wow, there's so much more to this community than I had ever been exposed to, or even thought about."

Friends on the Pier would invite me to the popular nightclubs, but it was $20 to get in the door, $10 for a tiny drink. I'm like, "Geez, there has to be a better way because I need more information. I can't just go to the club once and be okay with that." I had all of these years of this void to fill, of exploring possibilities of who I could be.

At the time I was in college for photography, so to make money, I found a nightclub that needed a photographer — and they had a drag show. I knew what a drag queen was, but I didn't know that they had shows and a curtain ... it was magical. You're dancing on the dance floor, and then all of a sudden at 2:00 a.m., the lights turn on and everyone sits down on the dance floor and then this overture starts playing and I'm like, "What is happening?" There was a campy drag hostess, there were production numbers, and the closing act was a trans woman who would do Sade or Toni Braxton numbers. It would just be the epitome of the female figure and capturing that essence. I was completely blown away.

I identified so deeply with that and I didn't even know why or how or what. I was still in this exploration phase in my life, so I just worked full time at the club because I wanted to get to know the performers. It just really piqued my interest, and since I was already in college studying photography, it was perfect, because it helped me to photograph these amazing people and get to know them on a personal level. And all of the photos that I would take, I would take them back to school. It gave me a chance to open up about what I was exploring and what I identify with in a more cis-normative setting.

About five years later, I thought, "I have to go on stage." My two best friends and I decided, "We're going to take this community, this scene, by storm. We're going to own this now."

We would perform at all the amateur shows, at nightclubs in Philadelphia and Boston and Hartford and Jersey and New York. There was a level of freedom, and it was fun. For the first time, I actually felt like I could be myself and have close friends and just let go of having to fit a role or being who I thought other people needed me to be. It was really healing for me.

I grew throughout the scene and had fans; it was lit. My friends were pushing me to go on Drag Race, and I said, "Okay," but I was battling with my gender.

I did Drag Race because I was already convinced that I was going to transition, and I wanted to do something to represent all of the years that I spent in the community and how they built me up to realize that and to find myself. The rest was history. I immediately started my transition the day after we shot the show, when I got back home.

After that, I went through a lot of changes, but I got signed to Elite and I was photographed by Steven Meisel twice, and that's what really changed my life after that moment. Elite had never had a trans model signed on their roster, and after I did the "Show Girl" piece [for W Magazine], it just went everywhere.

It was such a crazy time because I was still trying to figure out who I was in this new aesthetic and this new body, and my face was everywhere because of this photo shoot that I did and because of the petition that my fans started for me to walk the Victoria's Secret fashion show.

Read more Voices for Change stories here, from celebrities making a difference in their communities

I remember being at the airport and seeing my face on CNN and Inside Edition and all these shows, and it was the first time there was a trans figure out there like that. They weren't the best headlines, but it was visibility. It was literally breaking the ice of possibility for trans people.

Because before that, it was always just about exploiting us for the surgery aspect or the transformation aspect, but it was not really about history being made or giving the voice to a trans person. It was really surreal, that whole experience.

COVID has helped me realize that I'm not the only one, I'm not alone in this. We have so many community members that also have amazing voices and amazing stories, and that's why I started CC3 Entertainment, which is a digital marketing agency. We have 22 people on our roster, I have three employees and we're basically building an empire of amazing and talented LGBTQ people.

There's so much work to be done, and that's what keeps me going. But to practice gratitude ... I have a tendency to put myself last, but I do practice that gratitude. The fact that doors have opened up and there have been a lot of serendipitous moments in my life, that really makes me feel that our stories really matter and that I have to keep going and stay healthy and take care of myself.

I know there are folks that are still watching me since the first time that I went out to the Village and I made friends. I know that those people still remember me and I feel like I'm carrying so many people's voices and experiences with me for a reason. 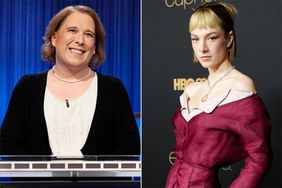 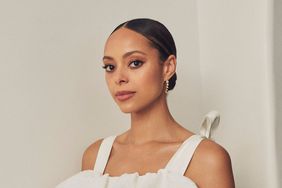