"When we are gone from this earth, I want to think that Pledge to Humanity will have hundreds of thousands of ambassadors doing kind things daily," says Ghorbani of her non-profit, which  inspires youths to make a difference both locally and globally.

Even though she had a comfortable childhood, Gaby Ghorbani never got numb to the poverty surrounding her as a child growing up in Guadalajara, Mexico as she witnessed children begging or selling gum on the streets to put food on their tables.

“I would always give food away and when I got my driver’s license, I would see kids on the corner and I would ask “Are you hungry? Where is your Mommy?’ ” Ghorbani, 46, tells PEOPLE. “And they would say ‘Yes, I’m hungry. But I don’t know.’

” I would take them in my car to get something to eat and then drop them back off on the corner,” she says. “When I got caught, I got in so much trouble. My mother would get mad and say, ‘You can’t do that!’ And she would tell me I couldn’t help every one, so why even try?”

Undeterred, that drive to help others never abated, and when she immigrated to the United States when she was about 18, she began planting the seeds for Pledge to Humanity, an organization she founded in 2009 that inspires youths to make a difference both locally and globally. Groups are formed through schools, sport clubs and service organizations and perform acts of kindness.

Thousands of students have participated in the program. She works with kids to make sandwiches to donate to shelters, takes kids to spend time with the elderly or severely disable children and she organizes them to assemble and collect hundreds of care packages for veterans and the homeless. The projects are seemingly endless, from helping underprivileged kids from neighboring schools to spay and neuter clinics.

Globally, the organization has built schools in Third World countries and volunteers can travel to the places they have supported to see the fruits of their labor. The organization is growing nationwide as volunteers go away to college and start their own programs.

“Our children here live in a bubble, where they have access to so much,” says Skye Larch, principal of Rancho Romero Elementary school in Alamo. “The power behind this is that it develops empathy and compassion in the most natural of ways. They learn small deeds really impact someone’s life and extends beyond them.”

Ghorbani married at 20 and has two sons, Arman, 24 and Jovani, 14, and a daughter Natalia, 20, who all share her passion for helping others. Ghorbani would take her young children with her to give out food and gift cards to the needy. When they ate at restaurants, she would order meals and give them to people outside. Every international trip included handing out gifts to people less fortunate.

“I would think, ‘My children will know how they need to be part of the change we need to be and to be giving, loving and grateful citizens of the world,” says Ghorbani, of Alamo, California. “Out of all the things we do for our kids, the most important thing is to teach them to give of themselves.”

Ghorbani started taking some of her children’s friends with them on their outings to the tenderloin for many years. Although she was a successful entrepreneur, it wasn’t enough to fulfill her.

“Every day I thought, I would rather be helping in a soup kitchen,” she says. “I tell children what real success in life is not in monetary form, but being engaged in what is around you and caring for the needs of others without hesitation. Don’t do it as your good deed of the day, do it like breathing, because breathing is automatic and necessary.”

Ghorbani encourages students to “turn on their antennas” so they can locate people in need — from children who need a friend at school, to seniors who need help with their groceries. They sign a “kindness contract” to look for ways to help others.

One second grader who signed a contract excitedly told Ghorbani how he had told a friend on crutches that he would help him with whatever he needed.

“To go from that to global service is an attitude that ripples out,” she says.

Ghorbani says it all started with the intention of empowering children.

One of those students was Kailey McKnight, 18, who says Ghorbani’s passion for helping other inspired her to start the San Ramon Valley High School club when she was just 14. The club has grown from about 10 members to more than 400. There are so many students wanting to participate that the club had to start a waiting list.

“I have a lot of friends I never thought would do community service and would never thought they would care about other people besides themselves,” says Kailey McKnight. “But they love doing it and keep signing up for more.”

Kailey’s mother Beth says she has never volunteered before becoming involved in Pledge to Humanity and now “she’s hooked.” “They say you can’t save everyone, but Gaby just might,” says Beth McKnight.

“He took these lunch periods, which can be long and awkward, and made it a time for the kids to all feel included,” Campolpiano says. “Middle schoolers are not known for their empathy, but Gaby and her son have made that happen almost effortlessly.”

All of this is music to Ghorbani’s ears.

“When we are gone from this earth, I want to think that Pledge to Humanity will have hundreds of thousands of ambassadors doing kind things daily, “she says. “It’s not just a non-profit in Danville and Alamo, but a global movement. I believe in the children. If I’d gotten the same support at 12, God knows what it would be like now!” 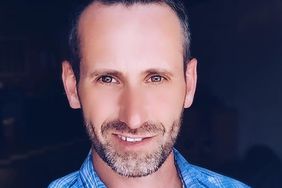 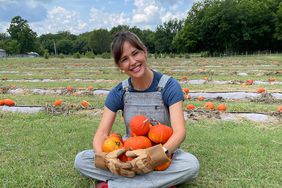 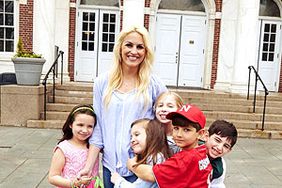 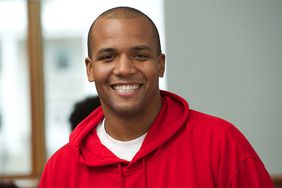 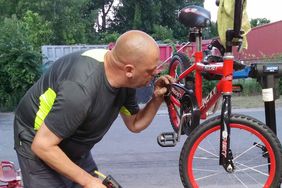