Bus Driver Mows Overgrown Grass at Elementary Schoolers' Stop: 'My Kids Have to Stand There'

Jerry Martin, who says he used to drive NFL star Robert Griffin III, took it upon himself to help out his students

After a Texas bus driver noticed that his elementary school passengers were waiting for him each day in waist-high weeds, he took it upon himself to make some changes.

Longtime bus driver Jerry Martin brought out his very own lawnmower to tend to the overgrown grass, and his efforts were recently celebrated in a Facebook post by the Copperas Cove Independent School District.

Martin “cut the grass at one of his bus stops so the students don’t have to stand in the weeds while waiting for the bus,” the post read. “The home is vacant and the yard is not being maintained. Three cheers for Mr. Martin!”

Martin, who has reportedly driven with the district for 18 years, said he noticed the young students at the stop, and grew concerned that they would suffer chigger bites, which cause itchy skin rashes.

“I mowed that lawn because my kids have to stand there, and tall grass attracts chiggers, so I didn’t want my kids having to stand in it and get chigger bites,” he told local CBS affiliate KWTX.

Martin added that it’s not the first time he’s mowed the area, but alerted his bosses this time so that they could snap a photo. He also told the outlet he has his sights set on other areas with similarly unkempt grass.

“[I thought] maybe we could show something positive that bus drivers are doing instead of always the negativity that you see in the media,” he said.

Bus Driver Holds Nervous 4-Year-Old’s Hand on His First-Ever Day of School: ‘Buddy, You Got This’

After the school district shared the post commending Martin, former students who once rode on his bus flooded the comments section with similarly inspiring encounters.

RELATED VIDEO: Maryland School Bus Driver Rescues All 20 Students from Horrific Fire: ‘It’s My Job to Save Them’

“Mr. Martin was my elementary bus driver and he would always have fresh fruit for us to take home and was my favorite bus driver ever,” one woman wrote.

Penned another, “Mr. Martin is a genuinely great person. He drove my son’s bus in kindergarten and Gage thought he hung the moon… Beautiful soul.”

Meanwhile, Martin has some memories of his own of former students — including NFL star and Heisman Trophy winner Robert Griffin III, who grew up in Copperas Cove.

“I used to drive a junior high student to his football games named Robert Griffin,” he told KWTX.

'We Felt Like Cowards': A Police Officer Talks About the Decision to Delay Officer Response to Uvalde Shooting 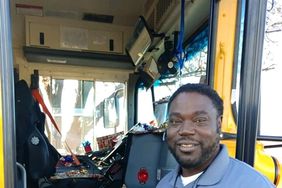 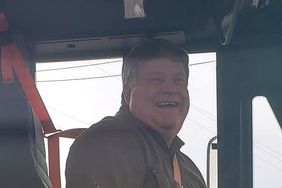 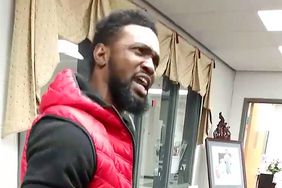